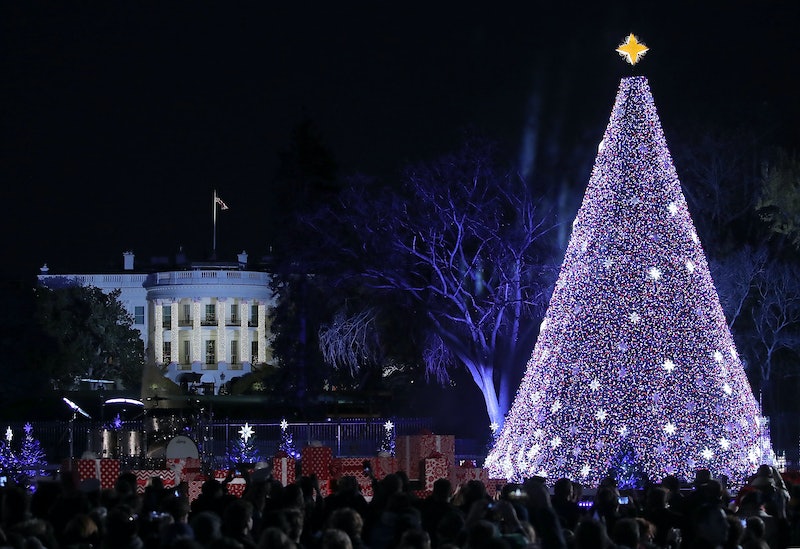 On Thursday, Nov. 30, President Donald Trump, First Lady Melania, and other Trump family members will partake in the 95th National Christmas Tree lighting. At a later time, Dec. 4, the ceremony will be aired on the Hallmark Channel.

Kathie Lee Gifford and Dean Cain will host the festivities. A number of performers are also lined up to provide entertainment. These entertainers include Boys II Bow Ties, Craig Campbell, Jack Wagner, Mannheim Steamroller, The Beach Boys, The Texas Tenors, Us the Duo, Wynonna, and the U.S. Navy Band, which will be led by music director Steve Gibson. The lighting will be at President's Park and begin at 4:30 p.m. ET.

At times, the lighting ceremony has offered a platform for thinly-veiled political statements, such as in 1940, a year before the United States entered World War II. That year, President Franklin D. Roosevelt took the opportunity to speak out against the war and asked "belligerent nations to read the Sermon on the Mount," a Bible story.

Several decades later, after the Nov. 22 murder of President John F. Kennedy, the tree-lighting was postponed for a month of grieving. On Dec. 22, newly sworn-in President Lyndon B. Johnson presided over the lighting. He expressed his hope that after the lighting, the nation would turn from sorrow to joy.

Over the years, the lights and the show have been updated and the performances have grown larger. The National Tree, itself, now even has a Twitter account:

Aside from simple traditional lights, the National Christmas Tree is also flanked with ornaments from around the country. In a gallery surrounding the main event, these ornaments are designed by folks from each of the 50 states, plus U.S. territories. They are made by local artisans, which in some cases are elementary or high school students — and are featured on the tree's website. An ornament submitted in 2016 from South Carolina was designed by a second grade class from Lexington, for example. Others, like Nevada's, are designed by nonprofits. (In Nevada's case, last year, it was the City of the World Art Gallery, a nonprofit artist co-op).

Since 1954, the tree-lighting has turned into a month-long event. Its lighting marks the beginning of a month-long festivity known as the Pageant of Peace. The main tree is surrounded by a series of smaller trees, which are called the Pathway to Peace. These trees represent each of the 50 states, plus Washington, D.C. and several U.S. territories. A Nativity scene is also on the site.

The Nativity Scene has been the topic of debate since the 1960s. In 1968, the American Civil Liberties Union argued against including Christian symbols in the national holiday celebration. The National Parks Service, from that point on, declined to continue to take care of the scene, leaving the responsibility to a different committee. Several other groups also sought the removal of the Nativity scene, including a multi-faith group the following year, which sued to prevent the scene's construction. After more than a decade of legal battles, the scene was officially reinstated to the Pageant of Peace in 1984.

A national menorah is also included in the Pageant of Peace. It has been part of the festivities since 1979, and was similarly challenged as a violation of the First Amendment several years later. However, like the Nativity scene, it has persisted despite its legal challenges.

More like this
Manchester Arena Attack 5 Year Anniversary
By Ella Glover
Michigan’s Governor Is “Going To Fight Like Hell” To Protect Abortion Access
By Andrea Zelinski
10 Times Diana & Meghan Spoke Similarly On The Royal Family
By Sophie McEvoy
How To Fight For Reproductive Rights, Based On How Much Time You Have
By Courtney Young
Get Even More From Bustle — Sign Up For The Newsletter