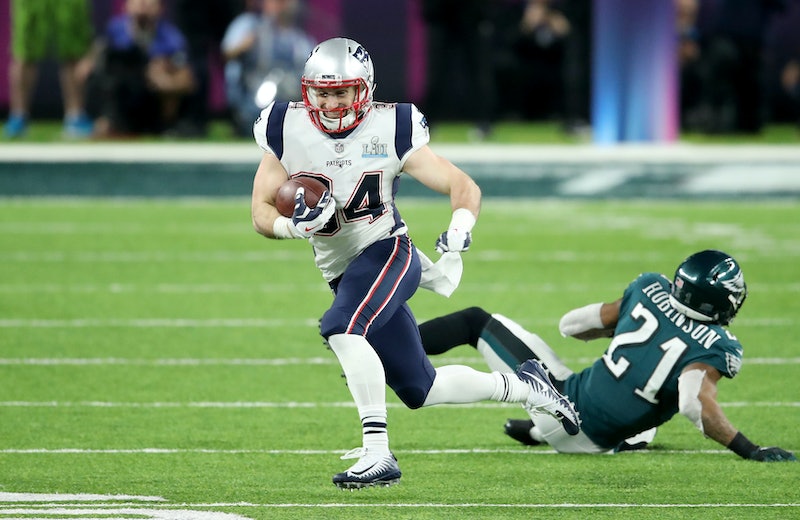 It's finally time for the biggest game in football. But if the National Football League isn't really your thing, you might be asking what time will Super Bowl LIII end? Like all football games, it's going to be a while.

The game starts at 6:30 p.m. EST on Feb. 3, according to the Los Angeles Times. This is a typical start time, and the Verge found that the average Super Bowl time is 3 hours and 44 minutes, according to an analysis published in 2017.

This is all to say, you're looking at roughly 4 hours of football. Super Bowl LIII will likely end at 10:14 p.m. EST, according to USA Today. But don't worry: There's a Maroon 5 concert in the middle of it.

The halftime show has been a rather contentious endeavor this year as multiple artists turned down the performance, according to Billboard. For example, US Weekly reported in October that Rihanna declined the halftime slot in solidarity with former NFL player Colin Kaepernick. "The NFL and CBS really wanted Rihanna to be next year’s performer in Atlanta. They offered it to her, but she said no because of the kneeling controversy. She doesn't agree with the NFL's stance," a source told US Weekly about the megastar.

If you're confused why the game will be so long, here's an overview: While football is made up of four 15-minute quarters, the game clock will stop rather frequently. It will stop for things actually related to the game like timeouts, but for the Super Bowl, there's also commercials.

The commercials are some of the biggest, most expensive advertisements of the year. (Seriously, Sports Illustrated's Richard Deitsch reported on Jan. 11 that NBC will average $5 million per 30-second ad during the Super Bowl.)

Despite the huge expense, the commercials can still feel disjointed. Amazon's Alexa and astronaut twins? Chance The Rapper, the Backstreet Boys, and Doritos? Jeff Bridges as the Big Lebowski? Yep, they will all be there for you when Rams quarterback Jared Goff tries to overtake New York Patriots quarterback Tom Brady. But at least these commercials will give you a break during that nearly 4-hour game.