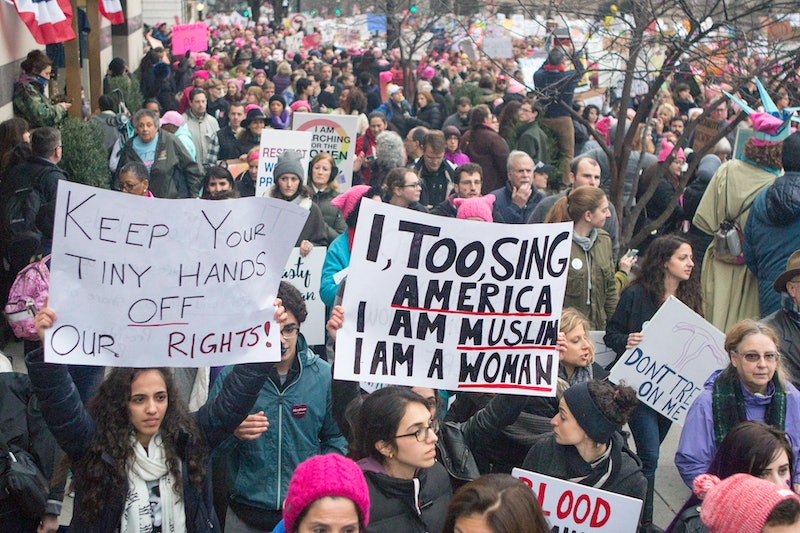 Maybe it's just me, but people who don't seem worried about what's going on in the American government right now are starting to really get to me right now. Given the gravity of the situation, it's definitely worth thinking about things to say to people who say they "don't care" about politics right now. To those people, here's what I have to say.

I get it. Not everyone is as addicted to politics as I am. Not everyone wakes up, immediately refreshes her stream of politics podcasts, and fires up the computer to head straight to the political articles. Maybe you're bored with hearing about the same people and the same issues, or maybe you got sick of hearing about the long and grueling campaign. But the time we're living in right now is not a normal time, and it's a time when you simply don't have the luxury of not caring about politics.

If it were just about jobs, or the economy, or foreign trade, or something else equally important politically but not necessarily personally, that would be one thing. The difference here is that many of the policies Donald Trump is enacting through executive order or supporting as they make their way through Congress could have serious, life-or-death ramifications for people across the country. That's not even mentioning his dangerous campaign rhetoric or the frightening people he's surrounding himself with in his Cabinet or White House staff, which create further issues.

It's a life-or-death situation for people with pre-existing conditions who could lose their health insurance — and therefore their access to vital health care — if the Obamacare repeal goes through without an effective replacement already in place.

It could become a life-or-death situation for supporters of the Black Lives Matter movement — and for the black Americans whom the movement aims to protect — if the administration continues its attempt to rid the country of the "anti-police atmosphere" rather than the police violence that the movement sprang up in response to.

It's definitely a life-or-death situation for the women around the world who won't have access to the health care they need anymore because Trump pulled American funding for the organization that was helping them, just because the organization may also provide the occasional necessary abortion.

It could be a life-or-death situation for women who, thanks to one of the proposed abortion bills, end up with no other options and try to give themselves abortions — unsuccessfully.

It could turn into a life-or-death situation for immigrants who find themselves targeted after the weekly newsletter of illegal immigrant crime starts coming out, furthering the process of "othering" anyone who Trump doesn't include in his America.

It is easy to imagine how it could become a life-or-death situation for American Muslims, who could find themselves as the victims of increased hate crimes just because of the American president's dangerous rhetoric.

Looking further down the road, Trump's policies now could even create life-or-death situations for your children and grandchildren, who will have to live with the effects of his actions (or non-actions) on climate change much longer than he and his advisers will. When the entire world is dealing with the repercussions of his failure to take serious action and his effort to deny science, how will you tell your children that you didn't care?

Those things are important, but they're not as fundamentally important as the very personal, very real worries that your fellow citizens have. Are some of the things I've mentioned above overreactions? I certainly hope so, but people should not have to worry about their physical safety because of their government's actions. They shouldn't have to fear for their lives in their own country. That goes beyond politics.

More like this
Iran Has Issued A Death Sentence Over Mahsa Amini Protests
By Catharina Cheung, Darshita Goyal and Maxine Harrison
Joe Lycett Just Took HIs David Beckham Qatar Protest To A Whole New Level
By Sophie McEvoy
Footballer Jake Daniels Shared His Thoughts On A World Cup Boycott
By Sam Ramsden
'Waterloo Road' Is Back, With More Than A Few Familiar Faces
By Sam Ramsden and Vivian Iroanya
Get Even More From Bustle — Sign Up For The Newsletter