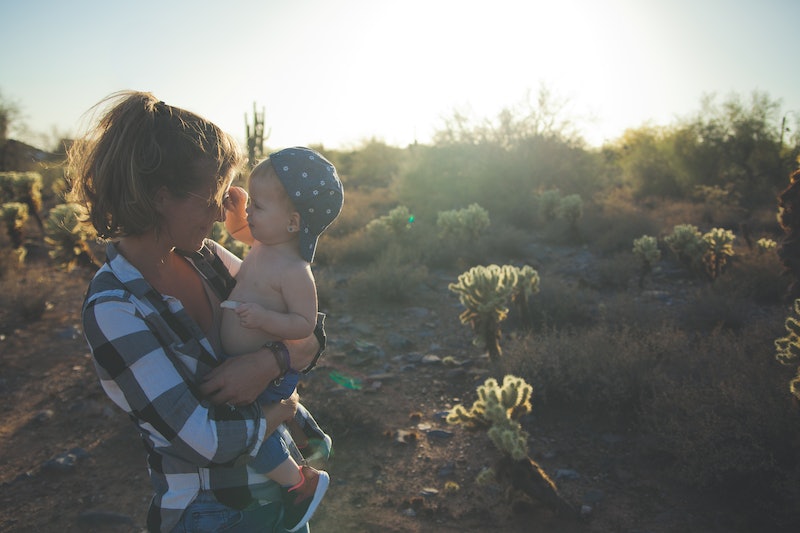 As you’ve probably heard by now, last Wednesday night, the Senate voted to begin the process of dismantling Obamacare. To be clear, though, senators can’t actually pass any laws about the Affordable Care Act (ACA) right now. All that was decided in this past week's “vote-a-rama” was that legislators can begin drafting new laws that could potentially dismantle Obamacare in the near future. So if you’ve been freaking out super hard, know that it’s not over yet. In fact, this whole ACA appeal process is just beginning. So in preparation for the days and weeks to come, we need to talk about what all women should know about the ACA repeal.

If Obamacare is repealed, it’s highly likely that women will lose access to no co-pay birth control. Insurance providers could be permitted to resurrect “gender-rating,” a practice which made it legal to charge women more than men for identical health care plans. Everything from pregnancy to anxiety disorders could be considered pre-existing conditions again, which means certain insurance providers could go back to refusing coverage to pregnant women and people with mental illnesses.

Finally, if the ACA is repealed and not speedily replaced, the 20 million people who currently benefit from Obamacare could lose health coverage entirely. If this happens, make no mistake, many Americans will die as a result. With all of this in mind, here’s what you need to know about the ACA repeal.

As we briefly discussed above, the ACA hasn't been repealed yet. What happened last Wednesday night is unsettling, but it was just the first step. All our senators have managed to do so far is pass a budget resolution to begin the process of dismantling Obamacare. The actual process of repealing the ACA would take several weeks, or longer. In fact, before anything else can happen to the ACA, the House and Senate committees have to draft the legislation to overturn it. Fortunately, that step could take between five and seven weeks, which should give all of us plenty of time to call our representatives about what women could lose if the ACA is repealed.

If Obamacare Is Repealed, It Should Be Replaced Quickly

In his recent press conference, President-Elect Donald Trump said he wanted to replace Obamacare almost immediately after repealing it. (Potentially in the same day.) A number of senators, including Kentucky's Rand Paul above, support the President-elect on this. Which is good, because if lawmakers tried to "repeal and delay" (meaning legislators would repeal the ACA and then put off replacing it with another plan) seven million people could lose health insurance, which could ultimately lead to the deaths of 8,400 Americans in 2017 alone.

As you likely know, birth control was incredibly expensive before Obamacare took effect. In 2013 alone, the ACA's contraception mandate saved women $1.4 billion. Sadly, if the ACA is repealed, insurance providers will no longer be required to cover the cost of contraception. And this is despite the fact that 77 percent of American women and 64 percent of American men support Obamacare's contraception mandate, according to a 2015 survey from the Washington Post and the Kaiser Family Foundation.

Obamacare requires insurance providers to offer prenatal, childbirth, and newborn coverage for all expecting mothers. Further, under the ACA, all new health plans are obligated to offer domestic violence screenings and counseling. Because of Obamacare, all plans sold through the Health Insurance Marketplace (and the majority of individual and small employer plans) are also required to provide mental health coverage.

Prior to the ACA, insurance providers were legally permitted to deny coverage to pregnant women, the mentally ill, and women who had suffered domestic violence. All of these things were considered pre-existing conditions before Obamacare, and it's possible that they could be again if the ACA is repealed.

Before the ACA, women on self-insured plans (the kind offered by the majority of large employers) couldn't reach out to obstetricians or gynecologists unless they got a referral from their primary care physician first. Under Obamacare, "many insurance plans must let women seek care from an obstetrician-gynecologist without a referral from a primary care physician," Romper reports. So basically, if the ACA is repealed, women could lose the right to chose their OB-GYN.

Prior to Obamacare, women paid about $1 billion more than men every year for the exact same health plans in the individual market — and it was totally legal. If the ACA is repealed, this could become the norm once more.

Early detection of breast, ovarian, and cervical cancer saves women's lives. And under the ACA, access to affordable cancer screening and testing for women is a top priority. As Ms. Magazine explains: "women over 30 are eligible for an annual HPV and DNA test every three years to combat Cervical Cancer, and pap smear coverage is also built-in to insurance plans. Mammograms are also now covered as routine care, as are genetic screenings for Breast Cancer."

Futher, the ACA made annual STI and HIV screening readily available to all sexually active women. If Obamacare is repealed, that could change.

Section 1557 of the ACA, the Nondiscrimination in Health Programs and Activities rule, states that insurance providers legally cannot discriminate against Americans based on disability, sex, race, color, age, nation of origin, gender identity, or sex stereotypes. If Obamacare is repealed, all of the Americans protected by Section 1557 could lose access to affordable healthcare based on their identity alone.

You Can Call Your Representative To Protest The Appeal

I've never called my Representative before, but that's going to change in 2017. If you're as concerned as I am about how repealing the ACA could affect you and other Americans, check out this guide on how to call your representative about Obamacare. After that, read this article so you can give House Speaker Paul Ryan a call, too. It's your life and your healthcare that's on the line, here. Now is the time to speak up about it.