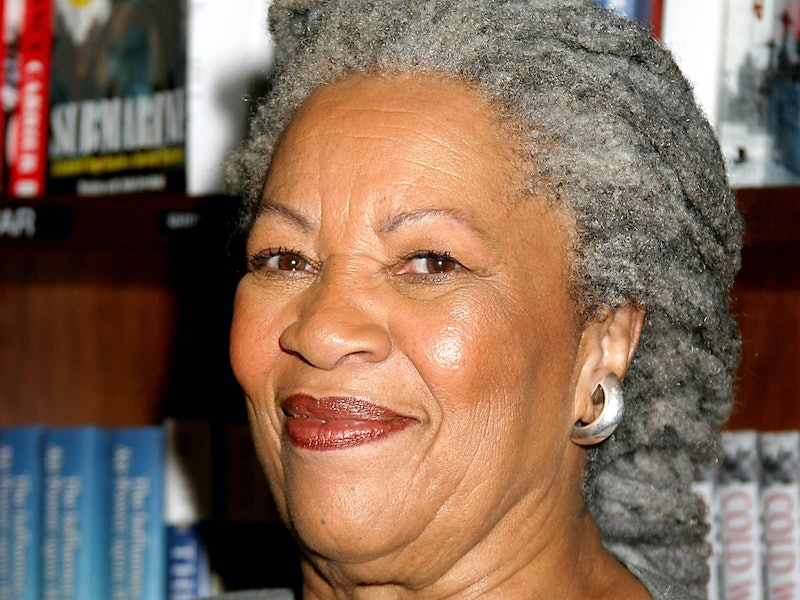 The world lost a powerful literary voice earlier this month, when Nobel laureate Toni Morrison passed away at the age of 88. In honor of her memory, Bustle reached out to learn what Toni Morrison meant to Black women writers, including Elizabeth Acevedo, N.K. Jemisin, and others, in their own words.

Toni Morrison, who worked as an editor at Random House before becoming an author, published her first novel, The Bluest Eye, in 1970, and followed it up with 10 more adult novels, several works of nonfiction, and assorted works of prose. Morrison also published five children's books with her son, Slade Morrison, who died in 2010.

Toni Morrison's contributions to American letters did not go unnoticed in her lifetime. Her third novel, Song of Solomon, won the 1978 National Book Critics Circle Award, and her fifth novel, Beloved, took home the Pulitzer Prize for Fiction in 1988. Morrison received the 1993 Nobel Prize in Literature, and was honored with the Presidential Medal of Freedom in 2012. She most recently received the American Academy of Arts and Letters Gold Award for lifetime achievement in May 2019.

Here is Toni Morrison's impact on women writers, in their own words.