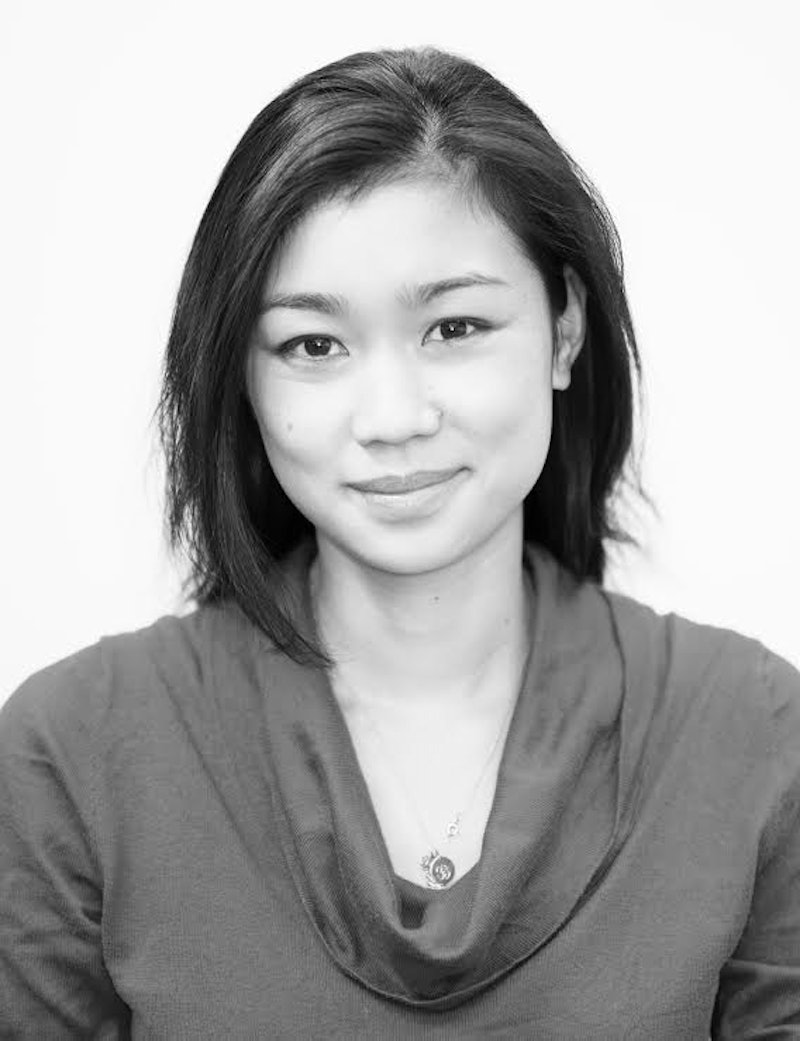 At the age of 29, entrepreneur, activist, and engineer Tracy Chou has built up an extensive resume in the tech industry. She was one of the first 15 employees at Pinterest, and was one of the first hired at question-and-answer forum site Quora. She held internships at Google and Facebook. She has two degrees from Stanford. But you can argue that her first job in tech came at the age of 10.

"My main exposure to tech as a kid is that my sister and I would help our parents put their start-up's floppy disks into boxes and shrink wrap them," she tells me over video chat. She's in South Africa right now, working on a new project. "I had a very charmed life in terms of growing up in Silicon Valley — my parents are both programmers — but I didn’t really know what software was or what they were doing."

And sure, she knows now what her parents were doing. (They were working on lightweight database systems sold on floppy disks. I do not know what a lightweight database system is, but I know a floppy disk when I see one.) Her parents, who settled in Sunnyvale, California after immigrating from Taiwan, were running their own start-up. Little did they, or even Tracy know, that she'd grow up to make serious waves in the post-millennium start-up world.

"I never had specific aspirations to be a doctor, a teacher, a lawyer, or anything like that," she says. "I just wanted to do something reasonable. Some of that might be the immigrant mentality — that mentality of 'just make sure to be able to get by, to earn a living.'" She attended Stanford University where she majored in electrical engineering for her undergrad, and computer science with a specialization in artificial intelligence for her masters.

But when it came time to decide where she would focus her skills, the start-up world offered up a mix of glamour, relevance to her skills, and plain coolness. "One thing that led me to the tech industry was sort of the consumer branding and glamour around some of these tech companies," she admits.

"I think in the last 10 to 15 years, tech has become a lot hotter because of consumer facing products. So people can engage with the technology without necessarily understanding what goes into it."

Once she got her first job at Quora, she was able to influence how the product would be created. In a piece she wrote in Quartz, she goes into her work building the "block" button. The feature was an important tool for keeping the burgeoning forum safe and discouraging trolls. And that's the thorough process that goes into creating any good product.

"It’s not just the act of writing code... It starts with thinking big picture first: what problem should I be working on? what solution approach should I take? And only after determining those, actually going to build the thing."

To solve other problems, however, sometimes you need to move beyond code. When she first entered the working world, for instance, Tracy started to experience the sexism in the tech world firsthand.

"The stakes were so much higher around career, and I started to feel the effects much more around gender and career opportunities I was seeing, and how I was treated in the first place," she says. "At first I thought, 'Maybe it’s just me,' and maybe I don’t belong in the tech industry, until I realized that this feeling was pervasive among a lot of women."

Talking to more of her co-workers, the intersectionality question also came into play. "It was very eye-opening for me to understand that, because previously I had only thought about things along gender lines," she says. "But understanding how complex these systems of privilege and marginalization are, and starting to examine my personal experiences being Asian, second-generation immigrant, and the impacts of these other aspects of my identity and experience, was pretty eye-opening."

It was at that point that Chou decided to use her tech chops in a different way: by writing a piece for Medium piece entitled "Where Are The Numbers?" calling out the lack of transparency in diversity data in the tech industry. "The lack of any sort of measurement of diversity felt pretty hypocritical in the tech industry, which is so data driven," she says. The piece started to catch as dozens and then hundreds of companies shared their stats on a GitHub repository she set up, and as the movement gained momentum companies like Google and Facebook released reports as well.

And sure — while transparency is step one, equality won't happen overnight. But Chou is working towards solutions, having co-founded the diversity initiative Project Include just last year. "We've tried to assemble resources and recommendations for what we know to be best practice at the moment, but we also want to keep building the community and solicit contributions to a continuously improving collective knowledge base," she tells me. Last year they were honored with the "Crunchie" award at TechCrunch.

It's been rewarding, eye-opening, and fun so far, but Chou wants to focus even more on intersectionality and being truly inclusive. "Gender and race are the most visible, but then there are things that are invisible, thinking about LGBTQ status, mental illness, family status, disabilities. There are so many aspects of people’s experience that we want to capture. We want to focus on solutions instead of ineffectual hand-wringing."

And sure, it can be easy — especially for the less mathematically minded of us — to fall into the ineffectual hand-wringing. After all, the social biases and priveleges underpinning our culture seem so ingrained. At our most hopeless, we might think "this is how things will always be." However, if you start from somewhere actionable, like with data, you have step one down.

"I think you’d be surprised at how basic the data is, it’s really just counting. But it’s just basic tracking on how you’re doing with diversity and inclusion," she says. "It doesn’t need to be that complicated."

This article is brought to you by Samsung Chromebook.

More like this
How To Use Instagram Story Highlights So Everyone Sees Your Fave Stories
By Brandi Neal and Emma Carey
13 Selfie Instagram Caption Ideas That Exude Main Character Energy
By Jessica Booth and Emma Carey
WhatsApp Will Soon Let You Leave Group Chats Silently
By Darshita Goyal
Ellen DeGeneres, James Tupper, & More Celebs React To Anne Heche’s Death
By Brad Witter
Get Even More From Bustle — Sign Up For The Newsletter