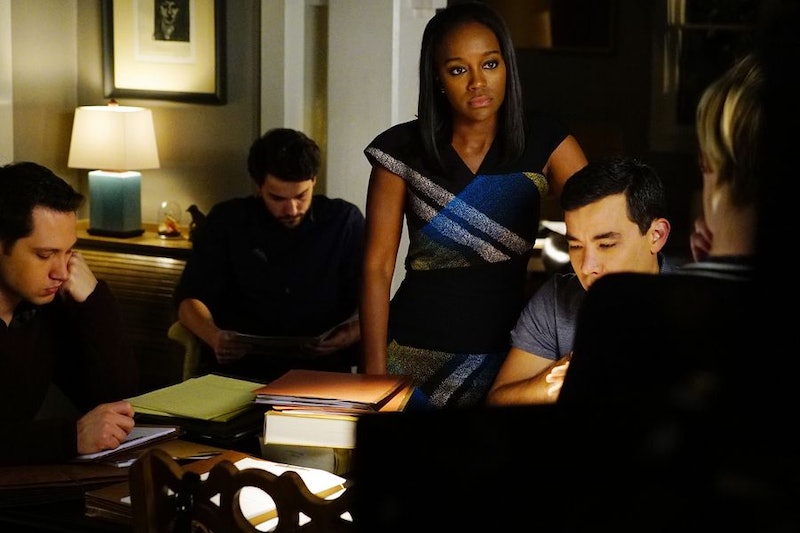 Annalise Keating usually covers all of her tracks when she’s trying to hide her misdeeds, but in some cases, she can’t take everything into account. Like, for instance, when she had Oliver wipe all of the data off her phone as a precautionary measure after Wes died. What was on Annalise’s phone on How To Get Away With Murder?

Oliver did as he was told and permanently erased all of the stuff on Annalise’s phone, but not, as he revealed to Connor, before he made a separate flash drive of all of the information on it. And it’s a good thing he did – Annalise has done a lot of awful things and has involved her Keating Five students (well, four, now that Wes is dead) in them, and having a backup of information against Annalise could serve the team well in court or in case Annalise wants to throw them all under the bus. Originally, Oliver didn’t know that Connor and team had helped Annalise kill Sam and get rid of his body, but as the body count surrounding the students got higher, Oliver definitely got wiser. He may have been hired as an informational consultant, but it’s the information that Oliver has that could possibly put Annalise away forever.

So what was on the phone? Honestly, I have no idea. With Annalise Keating, I can’t even fathom what she would need to erase. Voicemails? Photos of Rebecca’s dead body? Naked pictures of Frank (I’ll take a copy of those, please and thank you)? Whatever it all is, Oliver thought it was important enough to save… you know, just in case.