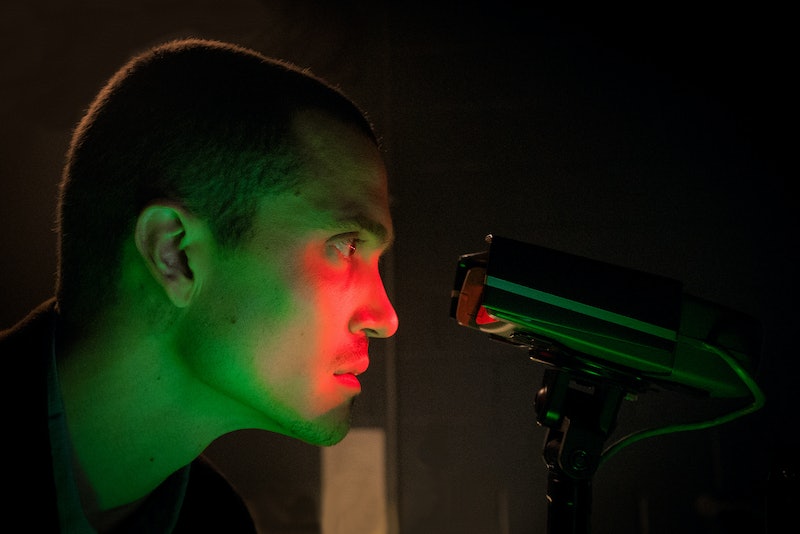 Like many of series creator Alex Garland's previous films, Devs is set in a high-tech, near-futuristic world. It's unclear what year, exactly, the show is taking place in, but it doesn't feel far off from our own reality. Amaya — the tech company that houses the secretive Devs division — has a sprawling Silicon Valley campus that could just as well be Google or Facebook. And the quantum computing their work is based around is very much real.

In fact, Garland and star Sonoya Mizuno (who plays computer engineer Lily Chan) went to Google's Quantum Labs as preparation for the show. The space — which is located outside of Santa Barbara — isn't generally open to non-employees, but they made an exception. "We walked around their quantum computers, which is not that dissimilar to Devs. They have beautiful, intricate machines that look more like modern art than technology," Mizuno said at the Devs Television Critics Association panel, per Syfy. The two even got to sit in on a meeting. "It was interesting to observe the characters, the gender imbalance, the quirky people and, most of all, the language they were speaking was mind blowing," Mizuno continued. "They were hyper-intelliegent. It was impossible to understand. One would tell a joke and I would be [lost]."

Google's Artificial Intelligence team has also been working on a quantum computer. In 2019, the company announced that they'd had a breakthrough: their computer was the first to perform a calculation that would be almost impossible for a "classical" machine.

Unfortunately, whatever the Devs team is working on sounds much more dangerous. Garland explained at New York Comic-Con that the idea for the show stemmed from trying to "[get] my head around this principle of determinism, which basically says everything that happens in the world is based on cause and effect. That has all kinds of implications for us: it takes away free will. And if you had a computer powerful enough, you could predict the future and understand the past."

Hopefully, that's the one thing about the show that's far, far away from happening.