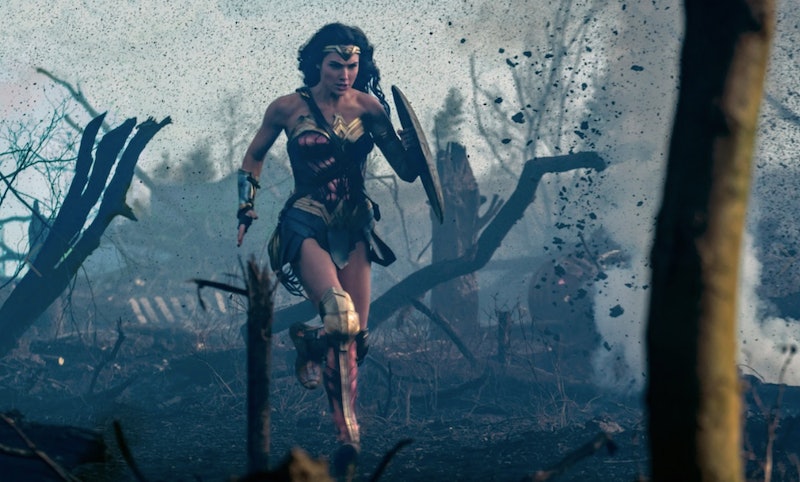 Diana, Princess of Themyscira. Remember the name, because this warrior is just getting started. Wonder Woman's inevitable sequel is already shaping up to be epic. Not only will director Patty Jenkins (who broke records for highest-ever US opening weekend for a film directed by a woman) be back, but the wondrous Gal Gadot will return as well. I'm crying a little bit inside. Maybe I'm getting ahead of myself, considering Wonder Woman was just released a few days ago, but I want to know when Wonder Woman 2 will be released. Here's what I know so far.

In addition to Jenkins and Gadot's return, the director has spilled that Diana will make way to the states. "It will take place in America. She’s Wonder Woman," Jenkins told Entertainment Weekly. "She’s got to come to America. It’s time."

Ain't that the truth. Jenkins also plans to keep Diana somewhat in the past. "I’d like to bring her a little farther along into the future and have a fun, exciting storyline that is its own thing," she told the Toronto Sun. And although I'm chomping at the bit from these details, fans like myself still may have to wait a bit longer to see Wonder Woman in action (apart from Justice League this fall, of course).

According to producer Charles Roven, ideas are stirring for the WW sequel, but nothing concrete has been penned just yet. Although further details including a tentative release date have yet to be revealed, perhaps the best way to gauge when WW2 will hit theaters is to base it off other franchises in DC's past. I mean, the movie has been deemed the best DC Comics film adaptation since The Dark Knight Rises in 2012. Let's compare — the timing, that is.

In the Dark Knight Trilogy based on Batman, Batman Begins was released in 2005, followed by The Dark Knight in 2008, and The Dark Knight Rises in 2012. Does this mean fans will have to wait another three, four years to see Diana come and whip America into shape? It's possible. If this is the case, audiences will have to hold out roughly until 2020 for Wonder Woman's glorious return. I know. It seems like forever.

Fingers crossed it won't be that long. But if it is, it'll just give time for Jenkins to concoct another smart, funny, moving, action-packed masterpiece that will be so worth the wait.