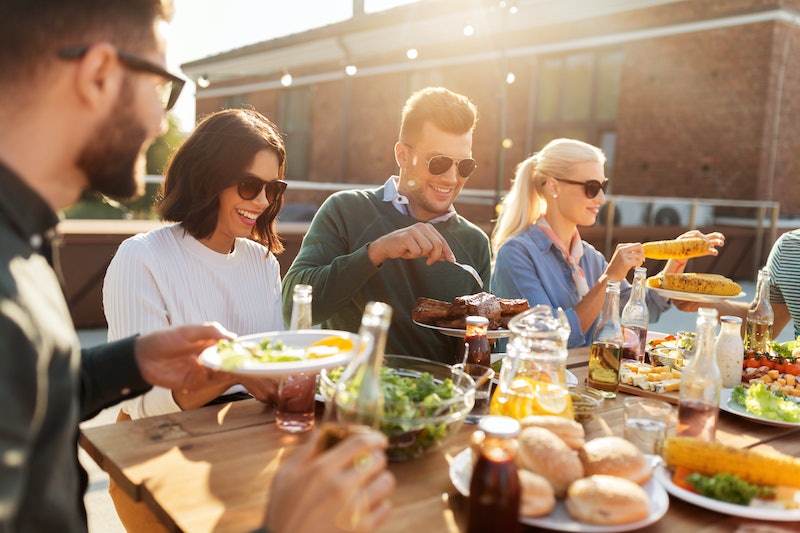 The holiday season is physically and emotionally overwhelming all on its own. When you add a mercurial extra planetary force into the mix, things are bound to get even more tense. You'll want to focus on what you should and shouldn't do during Mercury's shadow period, which unfortunately aligns with Thanksgiving. Immediately following the end of Mercury's retrograde on November 20, Mercury's retroshade period starts and sticks around until approximately December 7, 2019. While the latter event is far less troubling than retrograde itself, it does bring with it a veil of confusion that keeps us from thinking clearly and being the effective and functional people that we really are.

Mercury's retroshade makes us forgetful, easily overwhelmed, and less than sharp when it comes to communicating. The combination of these things coinciding with a holiday that really requires us to be on our A game is totally disconcerting. That said, according to astrologer Linda Furiate, if we make extra efforts and avoid certain behaviors, we can navigate through the fog and have a happy turkey day without too much drama. Here's what to do and not to do during this Thanksgiving in retroshade:

If you had a tense interaction with anyone during Mercury's retrograde, it's time to check in with them and smooth things over. Even if you're not going to see this person over the holidays, the drama between the two of you might be weighing on you more than you think, so Furiate says it's important to clear the air, hug, and make up so that you can both enjoy the holidays.

"Don’t get angry or upset that something you planned on during the retrograde no longer is going to happen or workout," Furiate tells Bustle. It's bound to happen that the plans you made while you were in one frame of mind won't hold up in this new frame of mind. Be flexible about that and give people room to change their minds without taking it too personally. If you're lax about it, it won't be a big deal, even if it involves a lot of re-routing.

"Follow up with people on conversations you had before the retroshade period to make sure they still hold validity," Furiate suggests. For example, if your sister told you she was breaking up with her girlfriend last month, don't just assume that she did — ask her about the situation with fresh ears and be open to the fact that she might have changed her mind. Check in with people even if you've recently caught up with them. We're all in a state of flux and people might want to talk to you more than you realize.

It's totally understandable that you might feel overwhelmed or like your goals are out of reach. After retrograde's wrath, it's hard to muster the energy to be optimistic and motivated, but you can still accomplish everything on your list. According to Furiate, you might have to fake a positive attitude a little bit to avoid getting in your own way.

Sometimes the awareness and expectation of an astrological event can have a placebo affect, so Furiate says it's important to "carry on and act normal." The less you worry about things going wrong, the less likely things are to go wrong in the first place. While it's good to make certain cautionary efforts, you shouldn't let retroshade consume you.

6. Don't: Expect Everything To Be Rosy

It's going to take a few weeks for the effects of retrograde and retroshade to fade out. So if things are still tense with friends or family members, don't get frustrated. Relationships will smooth out soon, and if you "don't expect life to become magically perfect without error now that Mercury is direct," Furiate says, you won't be disappointed all Thanksgiving weekend.

Remember that we're all experiencing the negative effects of Mercury's retroshade in different ways, so you'll need to suspend your critical judgement of love ones and make an extra effort to be loving and accepting. The truth is we all need a little bit more validation and support this holiday season, and if you keep that in mind during Thanksgiving, you'll be able to spread love and be a beacon of strength to people who need it, and in return, to yourself.

In just a few weeks we'll be freed from mercurial astrological events and able to embrace the free spirit of Sagittarius season. While Mercury might make Thanksgiving tense, it's got nothing on Christmas.