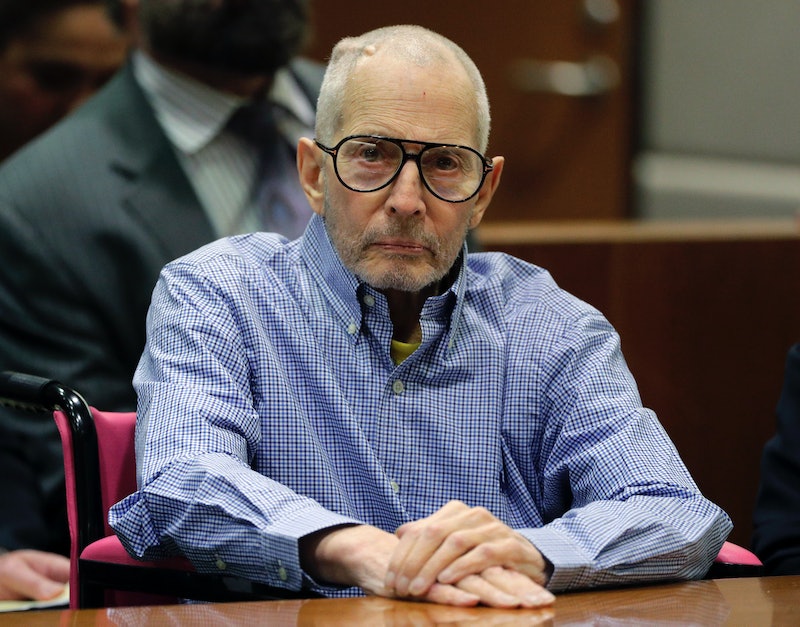 The New York Times reported in 2003 that real estate magnate Robert Durst was acquitted of the murder of his Texas neighbor Morris Black, who the defense argued Durst killed in self-defense. Durst admitted to dismembering the body afterwards, and the strange nature of the case led to widespread backlash from the public about how the court had arrived at such a shocking verdict. The July 25 episode of Oxygen's The Jury Speaks attempts to answer that question, and in the process, points to an intriguing figure: Chris Lovell, an outspoken juror who apparently befriended Durst after the trial. Lovell himself isn't featured in the docuseries along with other jurors. What's Durst juror Chris Lovell doing now?

According to The Jury Speaks, Lovell has stopped talking to the media, so his current whereabouts are unclear It appears he was last interviewed for The Jinx, a 2015 HBO mini-series in which Durst was recorded saying to himself, "What the hell did I do? Killed them all, of course." Many interpreted that as his confession to killing Black; his long-missing wife, Kathleen McCormack; and his confidant, Susan Berman (Durst has not been tried for either of the latter alleged crimes and has maintained his innocence). The Los Angeles Times reported that Durst was arrested shortly before the final episode of The Jinx aired, and is awaiting trial for Berman's murder. He has pleaded not guilty in preliminary hearings in the 17-year-old case.

As for Durst's 2003 trial, The Jury Speaks argues that there was a "concerted effort to shield jurors from facts that might have had a significant baring on their verdict," including Durst's alleged history of abuse as well as claims that Berman had had a falling out with Durst before her murder and that his wife had expressed fear for her life before her disappearance.

Jurors interviewed for the series look to Lovell as a driving force behind their not guilty verdict. Durst had admitted to dismembering Black's body, and the prosecution positioned that as as evidence of intent to kill, concluding that Durst had shot the man point-blank in the head. The defense, meanwhile, contended that Black had been shot during a struggle with Durst, and that Durst had only dismembered the body because he felt police wouldn't believe that it was an accident. Black's head was never recovered, so prosecutors were unable to present sufficient evidence to dispute Durst's account.

Jurors claim in the episode that Lovell had been adamant about the court's supposed instructions to disregard anything that had happened after the shooting, and that their job was to focus strictly on the killing itself. However, Susan Criss, the judge who presided of Durst's trial, claimed in the docuseries that she'd never given any such directions.

After the jury arrived at their decision, Durst was held on lesser counts of bail jumping and possession of marijuana. According to The Houston Chronicle, logs show that Lovell visited Durst in jail at least five times after the trial. Lovell told the outlet that he'd gone because he wanted to make sure he'd come to the right conclusion, and his initial visit had convinced him Durst was innocent. The others, he continued, had consisted of idle "chitchat."

In The Jury Speaks, other jurors later alleged that Lovell began sending them messages wanting to reassert Durst's innocence and urging them to keep quiet if they felt he was guilty. Criss said in the docuseries that within her 30 years as a criminal lawyer, prosecutor, and judge, she had "never seen the level of involvement or the kind of involvement that Chris Lovell and Robert Durst had after [the] trial."

There are many other details surrounding Durst's legal troubles, and The Jury Speaks only begins to skim the surface, but his relationship with Lovell is certainly an unconventional one.