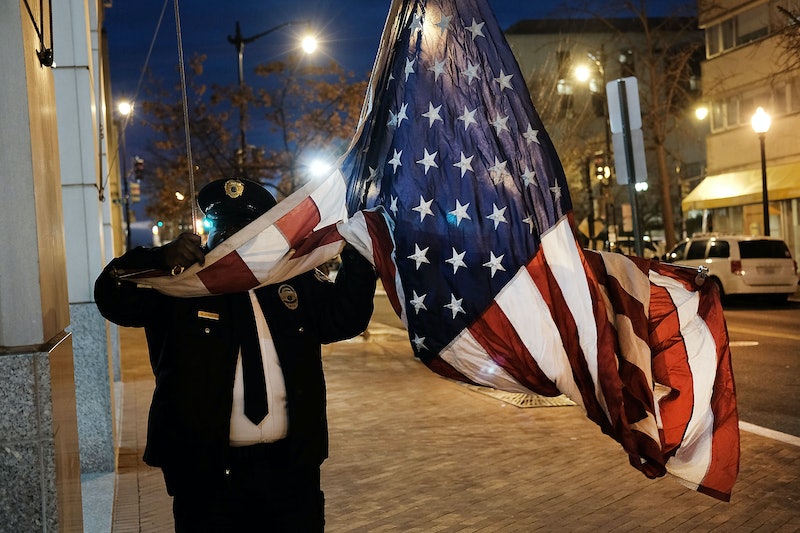 Though it seems like just yesterday that we rang in 2017, celebrating for a minute that we'd survived 2016 before settling in under an overwhelming pall of dread, the first holiday of the summer is really, truly here. Curious as to what's closed on Memorial Day, though, so you can make your plans accordingly? Look no further.

Though now it's primarily a day when folks jet off to the beach or set up camp at a BBQ, Memorial Day began after the Civil War, as a way to honor dead Union soldiers (inspired by the manner in which Confederate soldiers were remembered throughout the South). Depending on who you speak to, Charleston, S. Carol., Columbus, Georgia, and Waterloo, New York were all the first to cement an annual tradition. It was originally called "Decoration Day."

Following World War I, the holiday extended to include all who have died in the American Armed Forces, though it wasn't until after World War II that the holiday gained a national following. It was renamed Memorial Day in 1969.

As a federal holiday, Memorial Day signals the close of non-essential government offices, schools, and a number of retail businesses. Public transportation in many cities runs on a limited holiday schedule. As the first official holiday of the summer, Memorial Day signals our country's skill at becoming both very drunk and very sunburned and mostly surviving, all while technically remembering thousands and thousands of dead soldiers. Isn't America grand?

This year, the holiday of beer and barbecue sauce falls on Mon., May 29. Not celebrating? Check out this list of what's closed where.