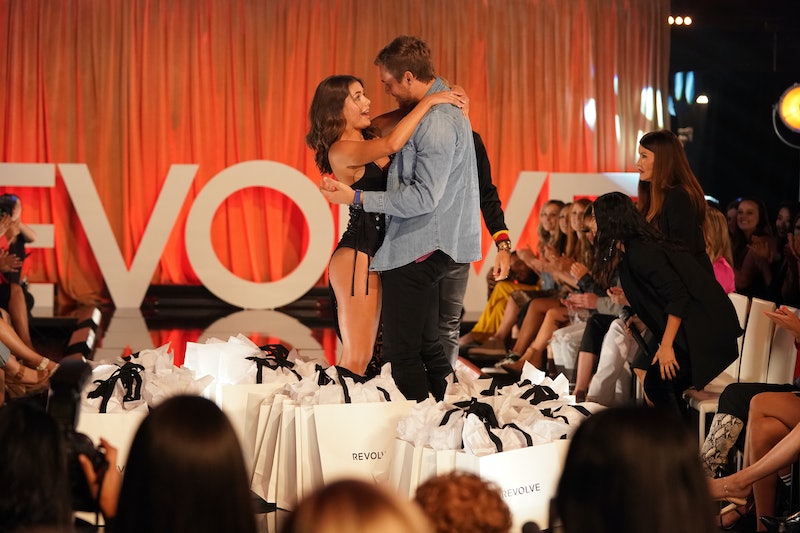 Now that she's no longer being followed around by a camera crew for The Bachelor, Hannah Ann Sluss has returned to her modeling career in Knoxville, Tennessee. In fact, not much has changed in her life since filming wrapped — except, potentially, her relationship status. Not even famed Bachelor sleuther Reality Steve knows how Peter's season ends, but there are a few social media clues that have led fans to believe Hannah Ann wins.

In an Instagram post shared on Dec. 29, Hannah posed on a golf course with a club bag on her shoulder. "My New Year's resolution. Any tips?" she captioned it. Bachelor fans flooded the comments, insisting that her golf bag was the same as Peter's, who posted his perfected swing on his Insta story the same week. "guys that's PETERS CLUBS," wrote one commenter. "okay but peter has the same golf bag.... HUH interesting," another chimed in.

Over on Reddit, plenty of viewers weren't convinced. "The entire side of Peter's bag is gray and Hannah's isn't I don't think it's the same," TheseOcelot wrote. "Also seems like he was promoting. I don’t think this proves anything," imsorryamibeingloud added.

Whether or not this incident — dubbed "Golf-gate" by Reality Steve — is a legitimate spoiler or a mere coincidence, it's not the only evidence that points to Hannah receiving the final rose. The second slusspicion comes from TikTok, where a Knoxville local claimed she saw Hannah at an açaí restaurant FaceTiming a man — who sounded suspiciously like Peter — about moving in together in Los Angeles.

Ultimately, the TikTok user couldn't confirm that the man on the phone was Peter (and realistically, we don't even know that the woman was Hannah Ann, though the photo does look like her), but you can watch the whole video and draw your own conclusions. Some people are comparing it to when Colton Underwood posted from the gym with Maggie Randolph's boyfriend, which basically gave away that he ended up with Cassie.

Hannah Ann hasn't addressed any of this speculation. Since uploading the golf bag picture, she's remained generally quiet and generic in her posts, only sharing a couple of modeling shots and pictures with friends. That's pretty standard for Bachelor contestants, but it's hard to ignore the mounting clues. When Peter said his season's ending is impossible to spoil, Bachelor fans said, "Challenge accepted."