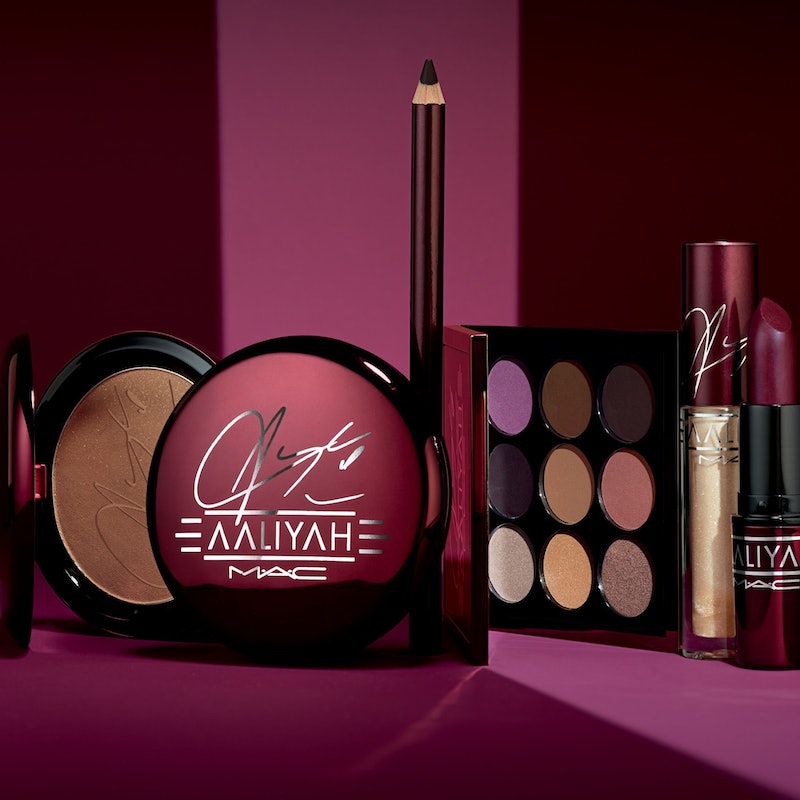 While MAC is well known for its collaborative makeup lines, there is one mashup in particular that has been much anticipated throughout the year: The Aaliyah x MAC collection. Honoring the late R&B artist, the collection is hitting online shelves on June 20 and retailers June 21 with a 12-piece-collection that was made thanks to the determination of fans. The idea for the collection first started as a change.org petition, where supporters wanted her legacy reintroduced to a new generation by using makeup inspired by her memory.

Aaliyah's brother, Rashad Haughton, backed the idea and said that the artist was a big fan of MAC, where their Chestnut brown lip liner and Espresso eye shadow could be constantly found in her makeup bag. With over 25 thousand signatures, MAC listened and announced last August that a line will drop in the summer of 2018 — and the wait is finally over.

After nearly a year of radio silence on the collaboration, the brand began dropping teasers of the collection in April, giving fans a glimpse of how the lipsticks, bronzers, glosses, lip liners, and palettes will celebrate Aaliyah's iconic work in the music and film industries. And now, first the first time, we can see the full line up before it hits stores.

Check out the full collection below.

Mark your calendars for this drop, because these definitely won't last long.