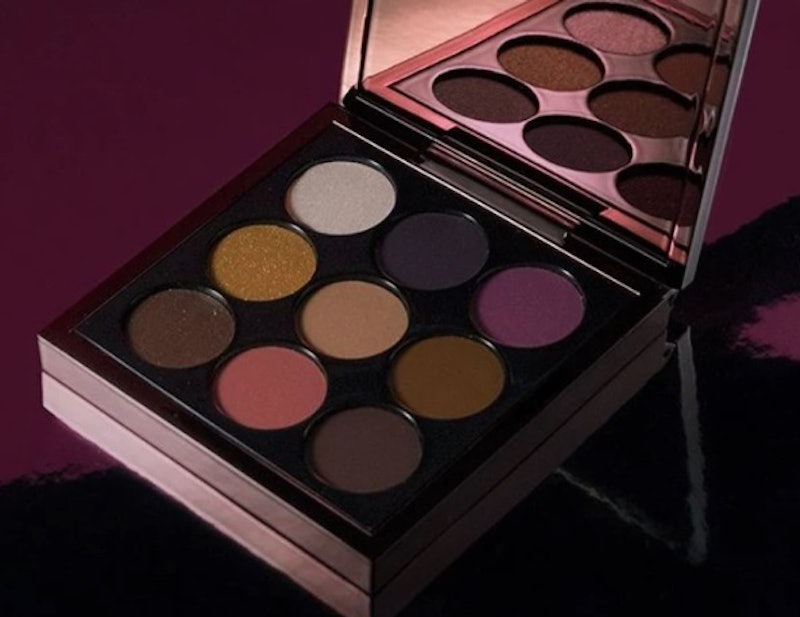 It's been nearly two decades since the R&B singer passed away in a plane crash, but fans haven't forgotten her and haven't stopped wanting to channel her. That's why when MAC announced an Aaliyah themed collection coming in 2018, beauty lovers everywhere prepared themselves for the race to the makeup counter. The news was first released in Aug. 2017, but the announcement was very vague. The brand posted a photo of the singer's signature on their Instagram, using the same font as her 2001 album cover and simply writing "Summer 2018" underneath.

"Aaliyah is truly one in a million — an unstoppable icon whose groundbreaking work in R&B music and film inspires us all," the MAC caption read. "Today we join her countless fans in celebrating her with the announcement of the M·A·C Aaliyah collection."

There was no teaser on what kind of products would be released or when, which left fans excited over the fact that something was at least in the works, but still very much in the dark when it came to the details.

That is, until now. The MAC x Aaliyah collection has a release date, and fans aren't going to have to wait much longer. First teasing the announcement by posting a black and white photo of the artist, the brand wrote under the caption, "Aaliyah super-fans everywhere — YOU made it happen! Inspired by your loyalty and love, the 90s-glam #AaliyahForMAC collection is coming soon! Aaliyah lives on in a makeup collection influenced by her groundbreaking work in music and film."

There's been radio silence about the collection for months now, so this was a good way to alert fans that more information was coming shortly. Sure enough, two hours later the first product teaser was shared, where a brown lipstick tube made its way into people's feeds.

"Guess which song inspired this color!? Here's a sneak peak at the MAC Aaliyah collection, coming soon," the caption read.

The shade is a light nude brown, evoking the '90s perfectly. An hour and a half later, MAC teased its second product, posting an eyeshadow palette that features nine different sultry shades.

"Which music video do you think inspired these shades? #AaliyahForMAC" the caption asks, making you instantly think back to your mental catalog of Aaliyah looks. The palette features a range of beautiful, dark shades, like navy, olive green, dark purple, a shimmery burnt gold, and a deep rose, just to name a few.

"I'm definitely getting some "More Than A Woman" feels from this palette! Especially when baby girl was dancing in the black biker laced leather pants," one follower wrote. Featuring leather pants with laces running down her legs, she had very smoky, mauve-like makeup in that video, which definitely mimics this palette.

Others guessed it was "We Need a Resolution," where she's rocking a smokey blue and black eyeshadow look that's off-set with brown lipstick. A similar kind of brown that was teased in the first product photo.

But even more exciting than the photo leaks was the fact that the caption held an actual release date for the collection, revealing that it's coming to North America on June 20 online, and June 21 in-stores. Which means there's only a few short months to wait before this '90s-centric range makes it into our makeup drawers.

As expected, people were ecstatic with the news. "I just fainted," one person wrote underneath the palette, putting into words what everyone was feeling. "Dope!!! This will definitely sell out instantly," another shared, expressing everyone's fears.

While there is still a couple of months until it hits stores, don't sleep on that drop date. With this amount of hype around the collection, it definitely won't stay in stock long.