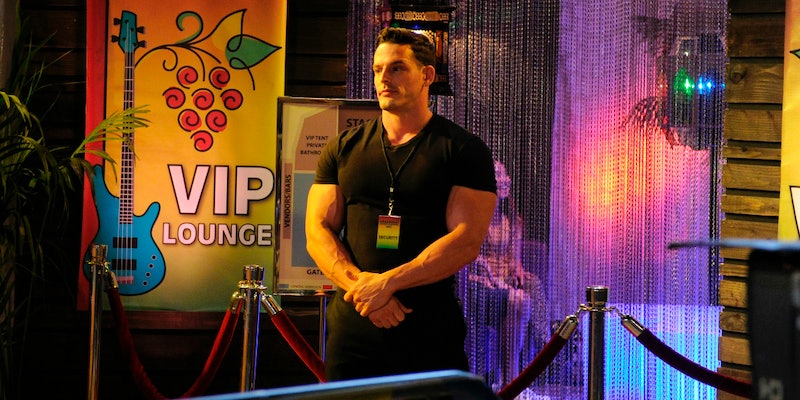 The latest episode of Big Brother marked the return of a familiar face to the franchise. Jessie "Mr. Pec-Tacular" Godderz stopped by to host the "Space Pecs" POV competition, marking a full 10 seasons since his time in the Big Brother house. It's clear that Big Brother holds a place in Godderz's heart since he makes time to stop by the show almost every summer since his first season. He's always a welcome presence on the show, but what is Jessie of Big Brother up to now when he's not hosting competitions and showing how he got people to refer to him as Mr. Pec-tacular?

While Big Brother encourages its fans to expect the unexpected, there are some elements to the show that longtime fans know will always be present. Just as Big Brother viewers can expect there to be blindsides and showmances every summer, the BB audience can always expect a visit from Jessie "Mr. Pec-tacular" Godderz. He first appeared in Big Brother 10, where he managed to get tenth place, and was invited back for Big Brother 11 where he did slightly better by making it to ninth place. While his appearances as a Big Brother player weren't long-lasting, he soon became a staple of the franchise by being used as a punishment in Seasons 12, 13, and 14 by treating Big Brother houseguests to health and fitness tips against their will. Nowadays, however, he's expanding his television appearances outside of Big Brother and is amassing a pretty impressive resumé.

Godderz may not have been able to win Big Brother, but it seems that he has managed to find true victory in the ring. Since his time on BB, Godderz has worked with Impact! Wrestling, formerly known as Total Nonstop Action Wrestling, and has recently joined wrestling show Lucha Underground.

He's Been Working As An Actor

When he's not stopping by Big Brother or throwing fellow wrestlers around, Godderz has been racking up some impressive acting credits. He's made appearences on show ranging from soap opera The Young And The Restless to prestige dramas like FX's Snowfall and the original web-series Tainted Dreams. He's also appearing in the upcoming series New Dogs, Old Tricks alongside BB16 runner-up Cody Calafiore.

Godderz has been spending 2018 making the transition from Big Brother to Big Father, announcing in Entertainment Weekly that he is a father. While Godderz didn't announce his son's birthday or the identity of his son's mother, he did reveal his son's name — Lucas Princeton. Godderz told EW, "I now fully understand what the expression ‘beaming with pride’ means. Whenever I look at him, I am overwhelmed with love and devotion. He has my unconditional love and support forever. He truly is my world."

Godderz recently celebrated his 10-year anniversary as part of the "Big Brother and CBS families," showing that his frequent appearances come from a deep love for the series. He's come a long way from the man who was first introduced to audiences all the way back in Big Brother 10, but that's exactly what makes his Big Brother appearances so special.