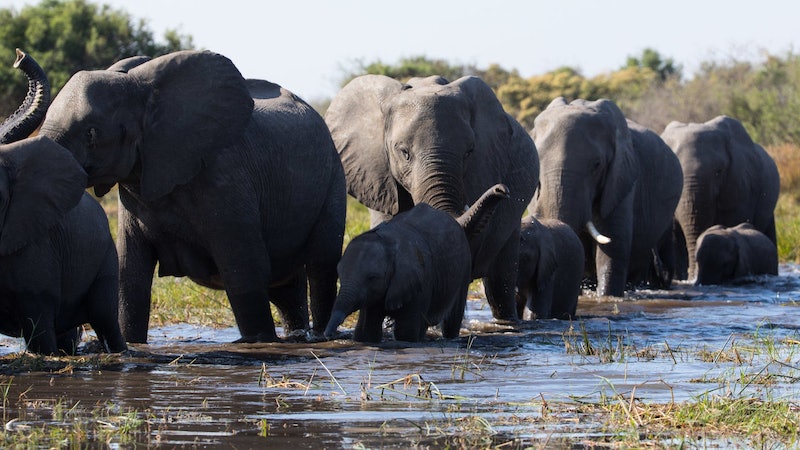 Ah streaming, it's the lockdown gift that keeps on giving. When Disney+ arrived in the UK on March 24, quarantined fans were primed and ready for some serious Disney action. The new streaming platform boasts over 500 movies and more than 360 TV series, including blockbuster favourites such as Pirates of The Caribbean and Marvel's Avatar. They've dusted off much from their humongous archive and viewers also able to watch 2019-2020 rebooted flicks from The Lion King to Aladdin. Although, there was no word on when UK viewers would be able to watch Frozen 2 as of yet. With the Easter bank holidays just around the corner there's a need for even more content to put smiles on faces this month. So, what's coming to Disney+ UK in April?

And, will there be any new stuff? Well, good news. Disney + launched with 36 very exclusive original series, from Kirsten Bell's Encore (where the actor challenges her former school friends to recreate their high school performances) to High School Musical: The Musical: The Series (award for the longest title goes to...) And signs say there's much more new material to come as the platform develops. Here, we've listed the series and movies heading for Disney+ this month.

It's safe to say many of us have been intrigued by Meghan Markle and Prince Harry's post-royal pursuits. Earlier this year, it was revealed that the Duchess of Sussex was returning to the small screen —yet not in a way we expected. DisneyNature's new documentary Elephant follows a family of elephants as they travel through the Kalahari Desert and Meghan has done the narrating. Per The Times, it's believed that Meghan signed on to the film in exchange of a donation to Elephants Without Borders, a charity that she and Harry have worked with in the past.

Disney+ have enlisted the big names for their upcoming nature programmes. Much like Meghan Markle in Elephants, Oscar-winner Natalie Portman narrates Dolphin Reef, a documentary about dolphins (as you'd expect), in particular, Echo, a 3-year-old young Pacific Bottlenose. The documentary forms part of Disney+ new Earth Month collection which features titles from National Geographic and Disneynature.

The Mandalorian is the first live action series in the Star Wars franchise, and one of Disney+'s very exclusive new programmes. It sees a lone gunfighter make his way through the outer reaches of the galaxy. Star Wars fans received a double dose of the exclusive new action on March 24 when The Mandalorian arrived with two episodes on launch day. Since launch, Disney+ releases new episodes every Friday at 8pm.

Fifteen years since the original movie had many of us bellowing "we're all in this together!", High School Musical: The Musical: The Series sees an all new Gen-Z cast navigate love, life and music at East High. Prepare to sing, as in April we get four brand new episodes released on Fridays at 8pm.

Disney+ streamers can already watch three episodes of Diary of a Future President. This month, Elena Canero-Reed continues to navigate school life, as well as continuing on the road to becoming US president. No biggie.

Disney+ is treating subscribers to a whole host of Star Wars content on its platform. As of March 27 two episodes of animated series Star Wars: The Clone Wars have been released every Friday, giving UK Star Wars fan a chance to catch up with the US. From Friday 17 April, one episode will be released weekly, in line with the U.S. This is to ensure fans can watch together around the world, say Disney + bosses.

It's the movie that both terrified and delighted me as a kid, yet I'm first in the queue to re-watch when it lands on Disney+ on April 10. Edward Scissorhands sees Jonny Depp as the sheepish man with blades instead of hands — not that the 1990s hit really needs an introduction.

Night at the Museum — April 10

They really do keep the classics coming at Disney+, don't they? Night at the Museum is one of such. The comedy film starring Ben Stiller and a host of other comedy kings including Owen Wilson and Ricky Gervais, will be released April 10.

A Celebration of the Music from Coco — April 10

A Celebration of the Music from Coco is the "reimagined live-to-film concert experience recorded at the legendary Hollywood Bowl" says Disney. The Pixar and Disney film is a celebration of the Day of the Dead, hosted by Eva Longoria.

In dire need of some uplifting good stories these days? Me too. Have a watch of Marvel's Hero Project, a new series that "reveals the remarkable, positive change several young heroes are making in their own communities."

An animated short from our favourite Springfield family. Maggie Simpson faces playground peril but a heroic young baby whisks her from danger and steals her heart. After a blissful first playdate, Maggie can’t wait to see her new baby beau again, but things don’t go exactly as planned. Will fate (or Homer) get in her way?

The third in the fantasy movie series is released on Saturday April 11. Descendants 3 follows supervillain teens Mal, Evie, Jay and Carlos as they "return to the Isle of the Lost to recruit a new batch of villainous offspring to join them at Auradon Prep."

Diary of a Wimpy Kid was a firm favourite children's book-to-film series back in 2012. Third in the franchise, Dog Days, follows Greg as he tries to navigate his school summer holidays. He admits his idea of a fun is sitting "in front of the TV, playing video games with the curtains closed and the light turned off." His parents have other ideas.

Pick Of The Litter — New episodes every Friday

Here's another docu-series for animal lovers. Released every Friday, Pick Of The Litter features the stories of service animals, their trainers, and their human companions. In six episodes, the program follows six guide-dogs as they start their "ultimate canine career" as guide-dogs. I expect this will be a heartwarming watch.

Everyone knows someone who wants a fairytale Disney wedding, right? I guess it depends on who you ask. Yet, Disney+ has travelled the globe to find new couples as they get hitched from "spectacular" Disney destinations. Over eight episodes, Fairytale Weddings will showcase "hidden camera engagements" and "enchanting stories".