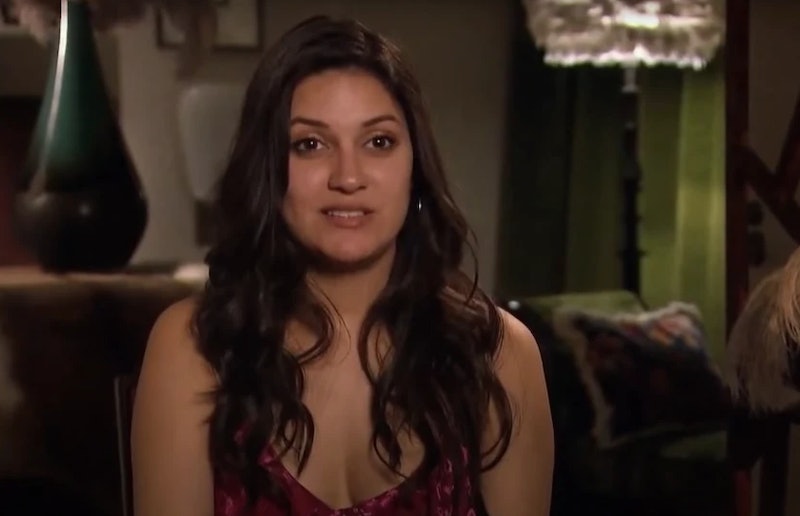 The Bachelor Presents: Listen to Your Heart may about love and music, but it seems like after the show, Rudi is only focused on the latter. In the penultimate episode, Rudi told her partner, Matt Ranaudo, that she was falling in love with him, to which he responded, "You're very courageous for speaking your truth, and I appreciate you doing that." Not exactly the answer Rudi was looking for, and perhaps the beginning of the end for the two.

During an interview with Entertainment Tonight, Rudi hinted that she's no longer dating Matt, saying the interaction was, "one of the most awkward things of my life." She added that given their musical chemistry, she was "hoping he was going to say he could see the potential there." She didn't necessarily want "him to say, 'Oh, I'm falling in love with you,' or you know, anything crazy, but maybe just a little bit more of a reassurance that I was heading in the right direction with him."

The singer warned fans that the rest of the season would be, "a little rough" with "A lot of drama. A lot of tears." And that while Matt isn't "a bad guy" and she doesn't think he did anything intentionally, he could have given her "a little bit more of a heads up" about how he was feeling in their relationship.

That makes it sound like she and Matt didn't continue pursuing a romance after the show, but while Rudi might not have gotten her dream relationship, it seems her music career has continued to thrive. She dropped an original single titled "Smile" following the Listen to Your Heart premiere, and has continued to post performances on Instagram.

Currently, Rudi appears to be at home in San Antonio, Texas, where she worked as a music demo recorder for producers and studios before the show, per ABC. It's unclear if she plans to continue her career or become a musician and performer full-time. She did, however, agree to keep collaborating on music with Matt during a Listen to Your Heart recap for Access. The two might not have been a perfect romantic match, but they were definitely a good music one.