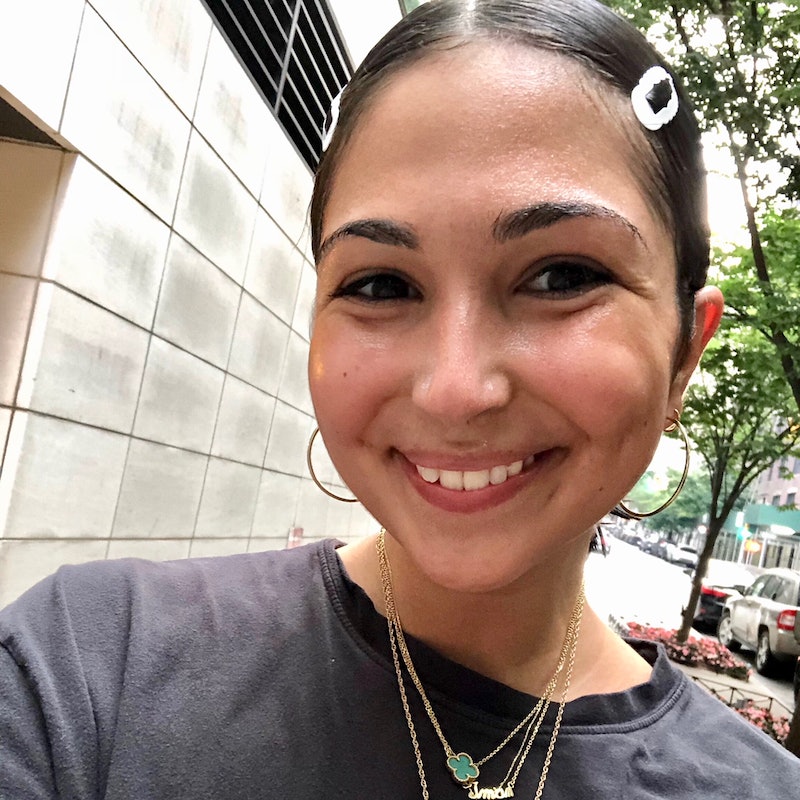 In a recent meeting, a co-worker and I were bonding over the bizarrely harsh, disruptive alarm clock sounds available to us on our phones. The loud blaring beep hardly screams rise and shine — and yet, neither of us had ever considered changing it to something, dare I say, less "alarming." We toyed around with what would happen if we were to pick a tune that was a little more soothing, and a little less frightening. Would we enjoy waking up more and snooze less? Would it extinguish the 'fear of the alarm' that we both found ourselves wrestling with when trying to fall asleep each night? The question was so provocative in fact, that I found myself volunteering to change my chainsaw alarm to a lighter ditty for a week, in order to properly examine its effects.

Here's the thing: I had borne witness to a soft alarm gone wrong. My lovely college roommate of all four years was a varsity swimmer, and her extremely inoffensive alarm would go off every morning at 5:00 AM — Anna Nalick's sleeper radio hit "Breathe (2 AM)". I almost lost my flipping mind, because it would play several times before she actually woke up.

But I reassured myself that this time, my experience with a "nice" alarm would be different. I told myself that Nalick's soft-core bop was just a particularly annoying song to wake up to! Plus, it was at an incredibly ungodly hour. So Sunday night, I turned up my phone volume as high as it would go, tucked myself in, and geared up for a goodnight's sleep — ready, or not.

First off, I just want to disclose that my first choice song for my new, soft alarm was "Dreams" by Fleetwood Mac. However, I ran into some complications that rendered that difficult — I hadn't downloaded it on iTunes and didn't want to pay for it. If I had to do it all over, I'd sacrifice the 99 cents and just purchase the ringtone. Unfortunately, what I did instead was land on one of the only calming tunes I had saved on my phone instead: "Perfect" by Ed Sheeran.

Sunday night was particularly tough. I have trouble falling asleep most Sundays regardless of my alarm, because of mounting anxiety and anticipation of the coming week. This means it takes me longer to fall asleep, and when I finally do, I only snooze for a few hours. When "Perfect" began playing, I slept right through it. In fact, I slept through it three times before finally waking up and rushing to work (with very little time to get dressed, which I absolutely loathe). When I finally arrived at my office, I was extremely flustered and disoriented. It took me about three cups of cold brew to finally wake up.

I feel like it's unfair to put all of this angst on poor ol' Ed Sheeran. I'll just chalk it up to Sunday Scaries and Monday Madness.

I slept at my partner's place on Tuesday night. He has the most incredibly soft sheets and mattress pad in Manhattan (and maybe the world), so those two things combined with my lack of rest from the previous night sent me straight to sleep at like 10:30 PM. I slept close to 11 hours, which is fantastic, but once again means I completely missed my first alarm and had to get to work in a hurry. My partner wakes up for work around 6:00 AM, and usually knocks at least one thing over in the process, causing me to open my eyes in a pre-morning daze. But this particular morning, I just lay there like a cadaver, through his departure and the first round of my alarm. But the second time it rang, it was actually so peaceful that I just lay in bed, scrolling through Instagram for a solid 10 minutes.

I once again arrived a little late to work, but this time it was with a silly smile slapped across my face and an iced coffee in my hand. I'm not proud of my tardiness, but at least I was well rested and had a very productive day!

I probably should have mentioned this earlier, but the particular part of "Perfect" that became my ringtone was the beginning of the chorus:

I'm dancing in the dark, with you between my arms...

These lyrics could not have been further from my reality. I was absolutely not dancing in the dark. I was tossing and turning in the dark, dreading the opening chords of my alarm that I knew the morning light would bring. I had begun to truly hate the song, almost as much as I'd hated my roommate's. It had gotten to the point that I didn't want to fall asleep, because it meant I would have to eventually wake up to "Perfect" by Ed Sheeran.

On the bright side, I was wide awake when the alarm went off on Wednesday. I sat right up, and began my morning ritual of scoffing at nothing and no one in particular, and scrolling through dream apartments I will never be able to afford on StreetEasy. But I definitely got to the office on time! I guess that means it's working?

Lo and behold, this was the first morning where I slept like a rock, and swiftly woke up to my alarm. In fact, I felt rejuvenated! The song felt like a hymn, both nostalgic and welcoming from the corner of my eardrum. I'm really pushing it with these cheesy one liners, but the moment was indeed... perfect.

I woke up a full hour before I had to leave for work, picked out my outfit in complete peace, and even had time to drink three delicious cups of coffee before running out the door (have I mentioned that I'm super reliant on coffee?). Then, something magical happened: as I walked on to the subway platform, the train immediately pulled up, as if awaiting my arrival. I felt like I was starring in a Disney Channel Original Movie. Stuff like that just doesn't happen IRL!

In conclusion, I'm not sure if my picture perfect Thursday morning was as much of a testament to soft alarms working better than harsh ones, as much as it lend itself to the plasticity of the human mind, which can truly adapt to almost anything. Ed Sheeran became part of my morning routine, albeit not exactly seamlessly. But by the end of the week, his coo was like a message from an old friend that I was indeed happy to hear from again. And for that, I am grateful.

I changed my alarm back to the classic startling, screeching beeps this morning. Not because I find the sounds of a fire alarm or ambulance sirens relaxing, but due to the fact that I simply am not, and never will be, a morning person. When it comes to waking up, I need to be scared straight. Maybe I'll try death metal next.

More like this
The UK Abortion Laws In 2022, Explained
By Sophie McEvoy
6 Abortion Advocates To Follow On TikTok
By Sara Youngblood Gregory
The Best Summer Workout Gear Of 2022
By Carolyn Steber
Plan C Vs. Plan B: What's The Difference?
By Lexi Inks
Get Even More From Bustle — Sign Up For The Newsletter