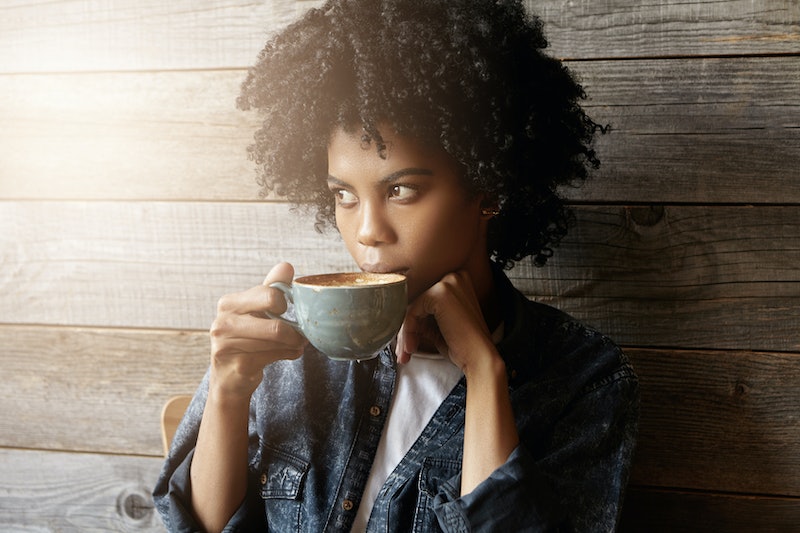 Like many people who are fortunate enough to live somewhere with ready access to drinkable water, when I make tea, I fill my kettle directly from the tap. But if you’ve ever wondered what the best water to brew tea with might be — tap? Or bottled? — it turns out that the choice you make can have a pretty dramatic effect on the resulting drink, especially if your go-to beverage is green teea. A recent study from researchers working out of Cornell University’s Sensory Evaluation Center found that people tend to like green tea tea made with tap water better when it comes to taste — but that the health benefits we get from drinking green tea are much more pronounced when it’s made with bottled water.

According to the Tea Association of the U.S.A, more than 159 million people in the United States drink tea every day, with millennials being particularly enthusiastic tea-drinkers — 87 percent of millennials enjoy the beverage regularly. The reasons why people drink tea are wide and varied, of course; for some, it’s about the caffeine, while for others, it’s about tea culture. For many, though, it’s about two things in particular: Health benefits, and taste. Green tea in particular has been shown to have a wide array of health-related perks; it can boost your immune system, help with anxiety, and aid in heart health, among a whole host of others.

But green tea can also be an acquired taste — and according to the current study, which was published in the journal Nutrients, both that taste and those health benefits may be more closely linked than we think.

For the study, 103 participants, all of whom drank green or black tea three to five times or more a week, were given three samples of green tea or three samples of black tea and instructed to evaluate them on a few different qualities: On a scale of one to nine, they rated how much they like the appearance of the tea, how much they liked the flavor, and how much they liked it. The participants also tested each tea for sweetness, bitterness, sourness, and astringency; additionally, the green teas were tested for how vegetal they were, while the black teas were tested for earthiness. Lastly, the participants were instructed to choose a color on a color matching sheet they though best matched each tea’s shade. Before they left, they also answered a few questions pertaining to demographics, as well as their tea drinking habits.

When it came to the green tea, the type of water used to brew it had quite an effect on what the participants thought of it. Overall, they preferred the tea brewed with tap water; although there were no major differences noted in astringency, sourness, or vegetal flavor, the participants said the tea tasted much less bitter, as well as sweeter, when brewed with tap water.

But although the participants liked the tea brewed with tap water more, if you drink tea — particularly green tea — primarily for the health benefits, you’ll get more bang for your proverbial buck if you brew it with bottled water. Tea contains a host of catechins — compounds which have quite a dramatic antioxidant effect, and which are therefore a big source of tea’s health properties. One of those catechins which tends to occur in especially high concentrations is epigallocatechin-3-gallate, or EGCG. The catechin content in tea isn’t always the same from type to type or style to style, though — and it seems that when green tea is brewed with bottled water, it ends up with an even higher concentration of EGCG. And although EGCG is good for you, it also ups the bitterness with regards to taste, the researchers found.

The type of water used did also affect the taste and health properties of black tea, but not nearly to the same extent. The participants didn’t note any difference in astringency, bitterness, sourness, or sweetness between black tea brewed with different types of water, although they did say that black tea brewed with tap water was earthier. However, even this small difference bore virtually no effect on how much they liked the black tea. Notably, black tea tends to have less EGCG than green tea does, which supports the idea that the boosted EGCG concentration in the green tea might also account for its bitterness.

The results couldn’t be clearer: As study co-author Robin Dando, who is an associate professor of food science at Cornell, told Medical Xpress, “If you're drinking green tea for its health properties, you should be using bottled water. If you're drinking tea for taste, tap water is better.” Conversely, if you primarily drink black tea, it probably won’t make much of a difference.

It is worth noting, though, that not everyone has a choice about what kind of water they use. Bottled water may be out of reach from a financial standpoint for some, while others may not have access to clean drinking water directly from the tap. In Flint, Mich., the ongoing crisis is affected by both: The city still does not have clean water, and according to Bridge, bottled water supplies are running low. If you’re able to, there’s information here on how to donate bottled water of all kinds, as well as how to donate your time or money as well.

Enjoy your tea, but try to help if you can as well. Every little bit helps.