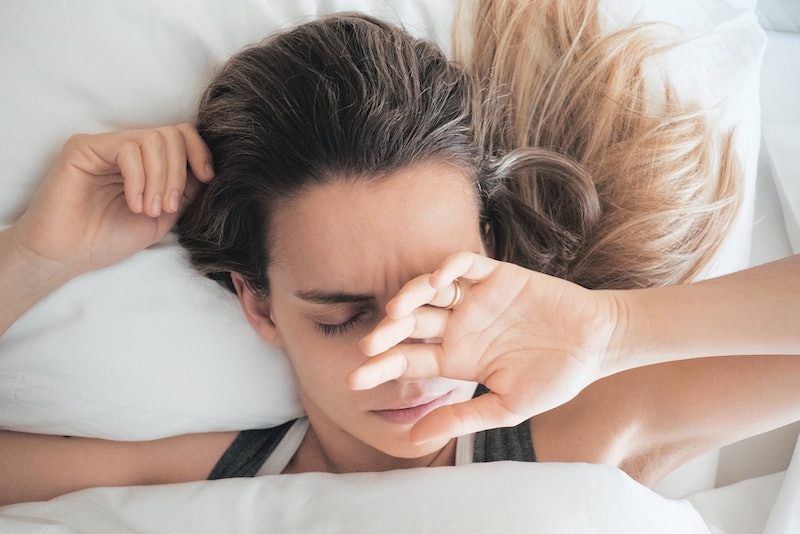 While there’s never anything fun about getting sick no matter the time of year, there’s something about catching a cold in summertime that’s simply the absolute worst. Whether it’s the combination of congestion and hot, humid days, or the frustration of getting stranded on your couch when the sun is at its glorious, summery peak, summer colds are somehow worse than getting a cold in the winter. And while you might think they're the same old virus, there's actually a surprising difference between a summer cold and a winter cold, so you're definitely not imaging that your post-July 4th sniffles are worse than the cold you had in January.

According to Health Central, summer colds are more likely to be caused by a family of virus strains called enteroviruses, and they tend to hang around longer than their common-cold-causing counterparts: coronavirus, picornavirus, and rhinovirus. As if your standard winter cold wasn’t long enough, right? In short, enteroviruses like warmer weather, and while summer colds are less common than those that strike in the fall and winter months, they can be more intense. While it's sometimes hard to tell if your dripping nose is due to seasonal allergies or a cold, generally, a cold due to enterovirus infection is more severe than hay fever; you might develop a fever, sore throat, skin rashes, gastrointestinal distress, and some intense coughing too. Also, if your symptoms come on all at once, but then improve when you travel to a different locale, that's probably allergies, and not a summer cold, according to Healthline.

In addition to the crummy symptoms brought on by your summer cold, TIME reports that, according to a study published in the journal Health Psychology, summer colds might also feel more isolating than winter ones, and those feelings of loneliness can make our cold symptoms feel worse. Feeling left out, or like you’re missing out on summertime fun with friends and family, might mean you feel like your summer cold is more severe — especially when everyone else is feeling great and living it up. The study’s authors further note that loneliness and social isolation tend to contribute to poor health in general. If you’re feeling under the weather, it can be helpful to stay connected to your friends, and avoid isolation in order to help boost your immune response so you recover more quickly.

While you might end up with a summer cold no matter what you do, there are some steps you can take to better your chances of avoiding one, according to Healthline. Common cold prevention steps include frequent hand washing (especially in public places), getting lots of good sleep, and steering clear of those who are sick — especially if you're feeling run down. It can also be helpful to boost your immune system a bit by eating lots of colorful fruits and veggies, and managing stress as best you can. Certain supplements might also help; probiotics help increase the good bacteria in your gut, which is definitely linked to a stronger immune response, according to the National Institutes of Health.

Remember that there’s no cure for the common cold, even in the summer, and since colds are caused by viruses and not bacteria, antibiotics won’t help. Make sure to get plenty of rest, and drink lots of fluids. According to Healthline, it's helpful to try and avoid beverages that dehydrate, like coffee, energy drinks, and alcohol when you're sick — try to stick with super hydrating herbal teas and water until you're feeling better. And remember to gargle with warm salt water to help relieve a sore throat. With a little rest, TLC, and self-care, you'll ditch that summer cold and be back to the beach in no time.