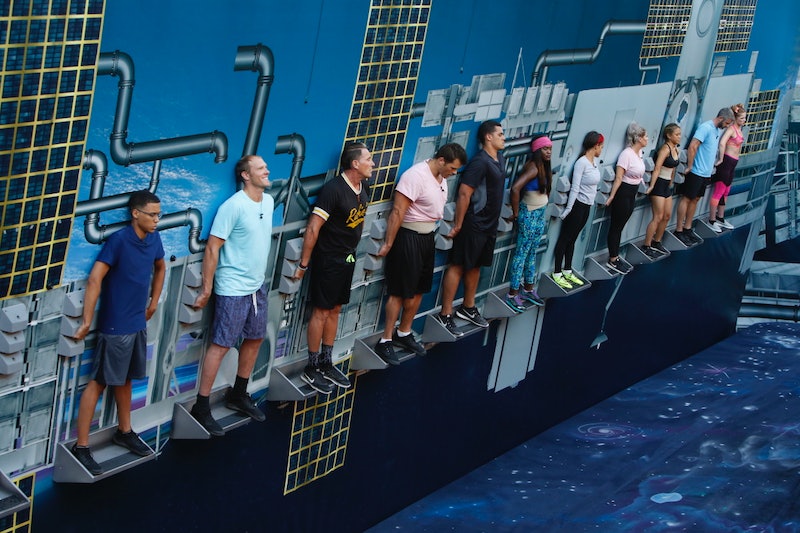 Big Brother 19 has been all about temptation. Contestants have been tempted throughout the season with certain advantages. The audience can choose a houseguest to receive each temptation — the exact nature of which the contestant isn't aware of yet — via an online poll. While these temptations can be a positive tool to have in a houseguests' back pocket, they are also met with consequences if they accept. So, what's the next temptation to befall one lucky — or unlucky — contestant? The Halting Hex on Big Brother is another advantage that can help one houseguest and possibly hurt others.

According to CBS, the Halting Hex will award the user the power to keep someone from going home. The Den Of Temptation voting page states, "Whether on the block or not, [the houseguest] can halt any one of the next four evictions during the live show, making it a non-eviction night." That's a lot of power for a single houseguest to yield, and it could certainly disrupt the gameplay of others.

With the hex, a houseguest could choose to save either themselves or one of their allies. And it doesn't have to be deployed immediately. The houseguest gets to choose when they use the temptation, any time in the next four eviction ceremonies.

While fans of the show may want a favorite to land this hex, it's important to remember that each houseguest can only be tempted once. So, if your favorite lands the Halting Hex, they forgo future temptations. If they've already been offered one temptation, they won't have the opportunity to consider this one.

Fans will have to tune in to see if the Halting Hex is more of a blessing than a curse. Alliances may live or die based on it, and that's even before the consequences to accepting this temptation hit the house. Big Brother is a battle of wills more than ever in Season 19, and the Halting Hex could be a game-changer.