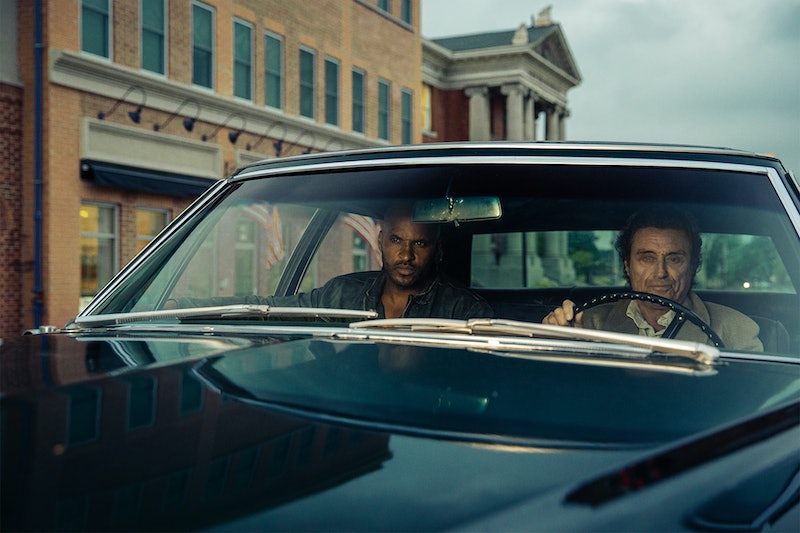 At the heart of Starz's American Gods lies a good old-fashioned, American road trip. As Season 1 draws to a close, Mr. Wednesday and Shadow are heading toward one particular place that is so extraordinary, people don't believe it exists. But it does, and you can you go to The House On The Rock too.

In the novel version of American Gods, Mr. Wednesday takes Shadow to an ultimate place of power. As Wednesday explains it, in the old countries, people build temples and statues for worship. In America, people build roadside attractions. Enter House On The Rock and all of its strange glory. Hidden away in Dodgeville, Wisconsin, House On The Rock is open to visitors as an attraction, resort and golf course, and inn.

As the TV adaptation of American Gods heads toward its season finale on June 18, viewers will have to wait a bit longer to get to House On The Rock. In an interview with Vanity Fair, novelist Neil Gaiman stated that Season 1 ends with the characters on the way to House On The Rock, citing a change to the original plan. Apparently, there was just too much to film to get it in on time, and reproducing the location on a soundstage wouldn't have worked.

What makes House On The Rock so completely American is not only that it's a roadside attraction, but that it has a complicated mythology of truth and half-truths. At an American Gods event at the SoHo Apple Store in New York, City Pages reported both Gaiman and show co-creator Bryan Fuller were amazed by the scope of the House on the Rock. Gaiman said, “It's a real place. A lot of people think I made it up, but I didn't. But what I did wind up doing in the book was tone it down a bit so people would believe it." Fuller added, “It's amazing isn't it? It defies description."

The House On The Rock's claim to fame is the attraction, which consists of weird collections courtesy of its creator Alex Jordan. The House On The Rock’s brochure states that Jordan built the retreat atop a 60-foot chimney of rock and opened it to the public in 1960. Some claim Jordan created the House on the Rock to spite architect Frank Lloyd Wright, but that's unconfirmed by Jordan himself.

For American Gods fans, the real action takes place when the characters face each other against a backdrop of an eclectic mix of objects, including the Carousel. According to House On The Rock’s official website, the carousel is the largest in the world and contains "269 handcrafted carousel animals (and not one of them a horse), 20,000 lights and 182 chandeliers."

Like all great mythologies, House of the Rock needs to be seen to be believed. If American Gods fans are impatient for Season 2's reveal of this extraordinary portal of the gods, they can always follow Shadow and Mr. Wednesday's example and head for the open road.

More like this
Where Was 'The Bachelorette' Season 19 Filmed? More European Destinations Are On The Way
By Radhika Menon
Everything To Know About The HBO Max & Discovery+ Streaming Service Merger
By Brad Witter
What’s New On Netflix: 'Bridget Jones’s Diary' & 'Monster-in-Law'
By Arya Roshanian
What’s New On Netflix: Neil Patrick Harris’ Queer Rom-Com Series & More
By Arya Roshanian
Get Even More From Bustle — Sign Up For The Newsletter