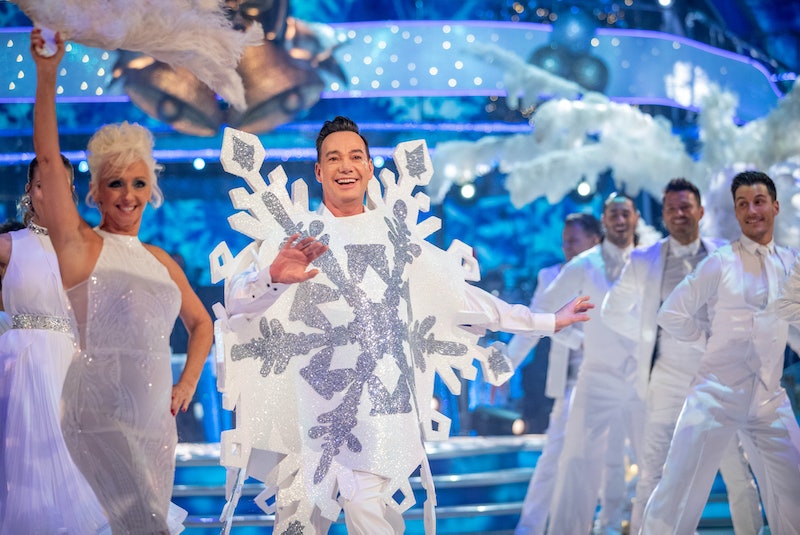 While Christmas may be primarily about catching up with family and festive parties, you’re really spoilt for choice when it comes to TV at this time of the year, too. As well as original new dramas, plenty of our regular TV faves, like Strictly Come Dancing, return for a Christmas special. But what's up for grabs if the main competition is over? Turns out the prize for the Strictly 2019 Christmas Special runs along the same lines as the main show, which presents its winners with a glitter ball trophy, and festive champions can look forward to lifting the coveted silver star trophy.

The Strictly Christmas special will be on your screen for an hour on Christmas day, with six of your favourite contestants returning to join hosts Tess Daly and Claudia Winkleman and face the four judges. This years contestants have already been named and they’ve already delivered some incredibly memorable performances in series gone by.

2017 finalist Debbie McGee will be dancing a quickstep with Kevin Clifton. She may not have done a great deal of dancing in 2017 but Chizzy Akudolu will be taking to the floor again with Graziano Di Prima to perform a Cha-Cha. Real life couple Gemma Atkinson and Gorka Márquez will be making their dancing debut together with a jive, while another real-life couple, 2018's Joe Sugg and Dianne Buswell, will be performing a street commercial dance. Mark Wright will return to the ballroom with Janette Manrara and dance a salsa, while the Christmas line-up is completed by Richard Arnold who will be dancing a foxtrot with Luba Mushtuk.

It may be a Christmas special but it doesn’t mean that the celebrity contestants won’t be giving it their all. In a statement Gemma Atkinson explained why she signed up for a second time:

“The fact that very few people get a second chance to do Strictly, and I loved it so much the first time round. I thought why not have another crack at it without all the pressure of being eliminated or the fear of being in the bottom two. It's basically all the perks of Strictly without any of the stresses and worries, which I absolutely love.”

“You know what, because it’s the Christmas special, it doesn’t feel like a competition, I forget that there’s a trophy up for grabs. I completely forget, for me it’s all about getting on that dance floor again and putting on a good dance that will make Dianne proud and also make the viewers at home, hopefully will make their Christmas a bit nicer.”

If you’ve already got the Strictly buzz then you don’t have to wait long to watch the celebrities sashay around the dance floor. The Strictly Come Dancing Christmas Special will be on BBC One at 4:40 p.m. on Dec. 25.