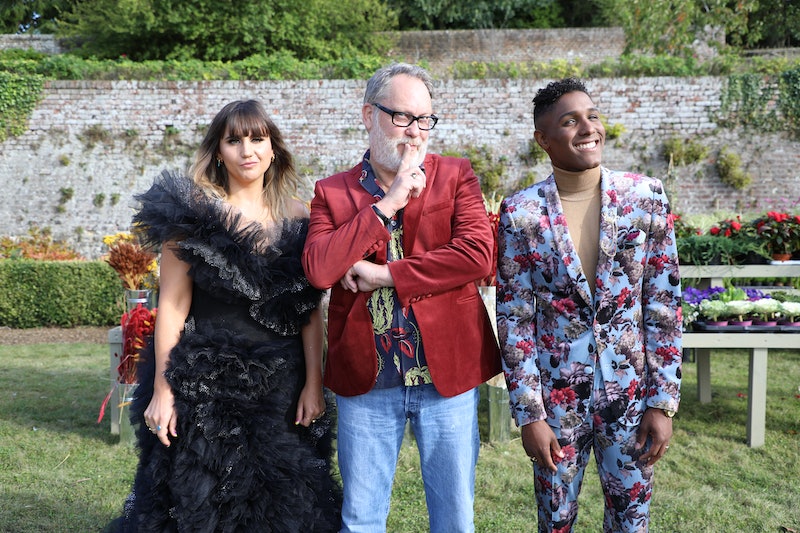 With the world in lockdown, house plants and flowers have never felt more needed. And whether you're a foliage aficionado or a struggling plant mom, it’s always nice to get a little bit of inspiration. Well, Netflix new show The Big Flower Fight may be the answer. Think The Great British Bake Off meets Chelsea Flower Show. But what's the prize for The Big Flower Fight? And what else is there to know about the new series?

From the looks of the trailer, The Big Flower Fight is the gently competitive content we all need right now. The series will start with ten pairs of floral sculptors from around the world who will create pieces to present to floral expert and creative director of Wild Bloom, Kristen Griffith-Vanderyacht. Each week one pair will get Best in Bloom, and one will get sent home – or, as host Vic Reeves describes it in the trailer, head "directly for the compost pile."

At the end, the winning team will have the chance to design and create a sculpture that will be displayed at London’s world-famous Kew Royal Botanic Gardens, which was made a UNESCO World Heritage Site in July 2003. According to their website, Kew's Royal Botanic Gardens in London and Wild Botanic Garden in Wakehurst attract over 2.1 million visitors every year. Commissions from Kew don't come around often, and this prize has the potential to change the competitors' career.

Speaking in the trailer, Griffith-Vanderyacht says, “I want these giant structures to be colourful. I want them to be beautiful and bigger than big.” And the contestants certainly seem to deliver. The trailer alone shows a dinosaur skull made from plants, wild animal sculptors filled out with foliage, and incredible flower dresses. Filmed in Maidstone near Kent in a giant dome similar to the one at the Eden project, the show is packed full of larger-than-life creations.

Comedian and actress Natasia Demetriou will join Vic Reeves in hosting duties. Speaking about the show to the Radio Times Natasia Demetriou said, “I never really got used to it. Every time I saw [the setting] I couldn’t believe it. And when we filmed into the late evening, the sun setting on the field behind us, the dome was so beautiful. It was very picturesque.”

If you’re in need of some floral inspiration or just want to get lost in a new creative competition then The Big Flower Fight is available on Netflix now.

More like this
This Pre-'Love Island' Video Of Olivia & Zara Together Changes Everything
By Bustle UK
Every Season Of 'Love Island' Ranked Best To Worst
By Alice Broster, Frances Stewart and Sophie McEvoy
Twitter Can’t Make Up Its Mind About Ekin-Su’s 'Dancing On Ice' Skate-Off
By Sophie McEvoy
ITV’s New Take On 'Love Island' Is Only For MILFs & DILFs
By Sam Ramsden
Get The Very Best Of Bustle/UK
Sign up for Bustle UK's twice-weekly newsletter, featuring the latest must-watch TV, moving personal stories, and expert advice on the hottest viral buys.