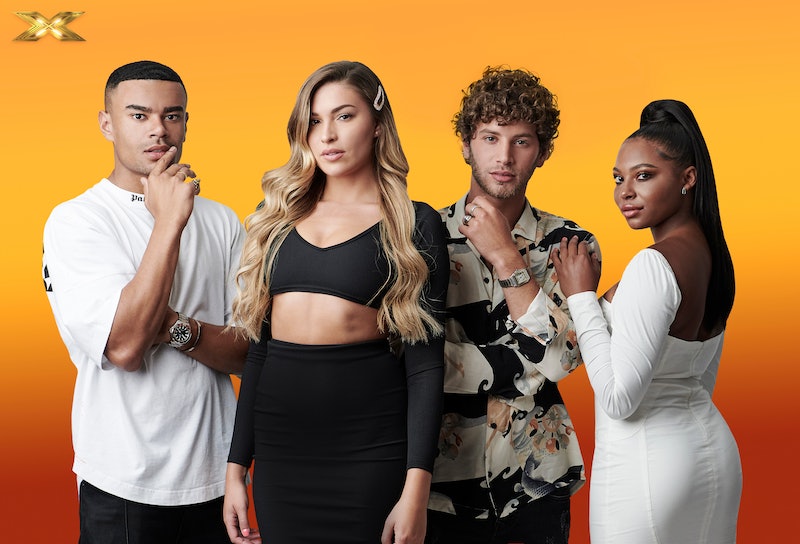 After 15 years dominating the airwaves, Simon Cowell recently declared that The X Factor was in need of change, and this shakeup of the ITV hit arrived in the form of The X Factor: Celebrity, which sees some of the biggest names in showbiz battle it out within their respective categories in a bid to be crowned winner. This year's contestants may already be known to viewers for their previous career ventures, meaning questions surrounding what the celebrities actually win have naturally arisen. So what's the prize on The X Factor: Celebrity?

Despite some major changes to the format we all know and love, this years prize is actually very similar to years gone by, and as The Sun reports, the winner of The X Factor: Celebrity can look forward to a major record deal. It was previously revealed that music mogul Cowell is on a mission to transform the winner's current image by offering a deal with his record label Syco — and the opportunity to hit the all important Christmas No. 1 spot. Speaking to the newspaper, a source also revealed that the record deal has some "serious money behind it," which suggests Cowell is taking his X Factor spin-off very seriously indeed.

Viewers were finally introduced to the lineup during the talent show's debut episode, and as previously reported by Bustle, some of the names attached to the new series include the likes of Glee star Kevin McHale, The Only Way Is Essex's Megan Mckenna, U.S. talk show host Ricki Lake, journalist Martin Bashir, and many more.

So, could any of this year's celebrity vocalists actually nab the 2019 Christmas No. 1? Well, given that four of the most recent X Factor winners have failed to do so, achieving festive chart success will certainly be no mean feat. However, before we even begin to consider the eventual winner's post-X Factor career, viewers will first be tasked with deciding on who takes home the gold — and according to The Sun, bookmakers have already named some of the clear favourites. As stated by William Hill, the current favourite act to be crowned X Factor: Celebrity winner is the social media duo Max and Harvey with odds of 11/4, whilst reality star Megan McKenna is currently sitting in a respectable second place, with odds of 4/1. Bookmakers have also named rugby trio Try Star, made up of Thom Evans, Ben Foden and Levi Davis, as the third favourite act to emerge victorious, however, its still very early days of the ITV competition, so we'll just have to wait and see what happens next.