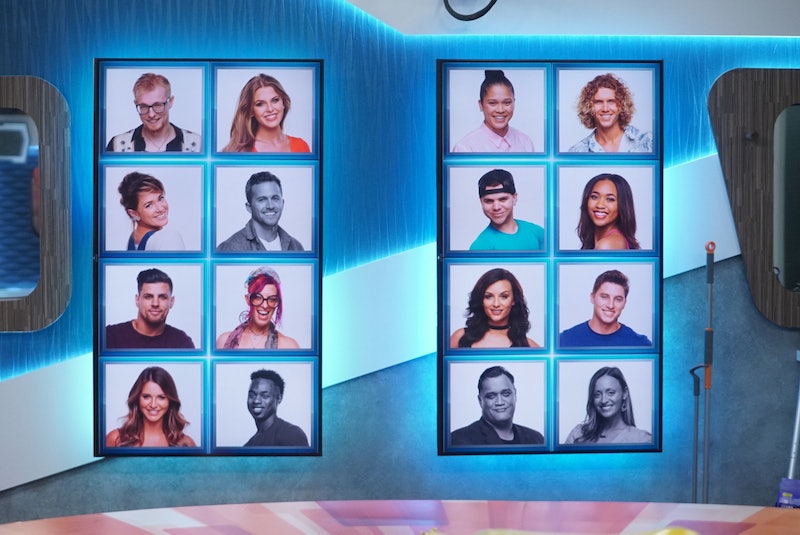 Now that Big Brother Season 20 has a few eliminations under its belt, it's time to start concerning yourselves with the next crucial stage of the competition: the Big Brother jury house. As you know, at some point during each season, eliminated houseguests stop being sent directly home and end up getting sequestered into a separate mansion where they can watch the rest of the season play out and ultimately vote on who they think deserves to win the grand prize. But when do Big Brother houseguests get sent to the jury, exactly? Considering that the competition is almost at the halfway point, it makes sense to wonder when the jury placement will start factoring into things.

Becoming a jury member is a big responsibility since those people are the ones to determine who the winner of Big Brother should be. So, for example, if someone ends up making it to the final two, but the members of the jury don't like how that particular person conducted themselves throughout the competition, they could decide to cast their vote to the other person, making them the winner, even if they didn't play the stronger game. Is that necessarily fair? No, but that's why having a strong social game can be just as important as winning any of the physical competitions. Jury members can hold a grudge, and those grudges can mean the difference between winning and losing in this game.

So far in the competition, all of the houseguests who have been eliminated, have been able to go home to their loved ones. So when does that change? When to the eliminated houseguests start getting sent to jury instead? That question is a little tricky to answer since it doesn't always happen at the same point in each season. In Season 19, Cody Nickson was the first houseguest to get sent to jury, which happened during Week 7. However, in Season 18, Da'Vonne was the first to get sent to jury during Week 6. So the timeline seems to vary depending upon the season. It definitely seems to happen around the halfway point, though, when there are only around 9-10 houseguests left. Then again, the tagline of this series is to "expect the unexpected," so it's always possible CBS could change things up and make the jury come a little earlier or later than usual, especially since this marks the 20th anniversary of Big Brother.

As of now, four of the 16 houseguests have been eliminated thus far: Steve, Swaggy C, Winston, and Kaitlyn. One more member will be eliminated this week, which will leave a total of 11 houseguests remaining as we head into Week 6. So odds are, there's only a week or two left before people start getting sent to the jury house, making everyone's social game more important than ever before.

Unlike the way a regular elimination plays out, those you double cross or lie to will have a say in your Big Brother fate, so playing a dirty or manipulative game could do more harm than good. But hey, that's all part of what makes this show so darn intriguing.