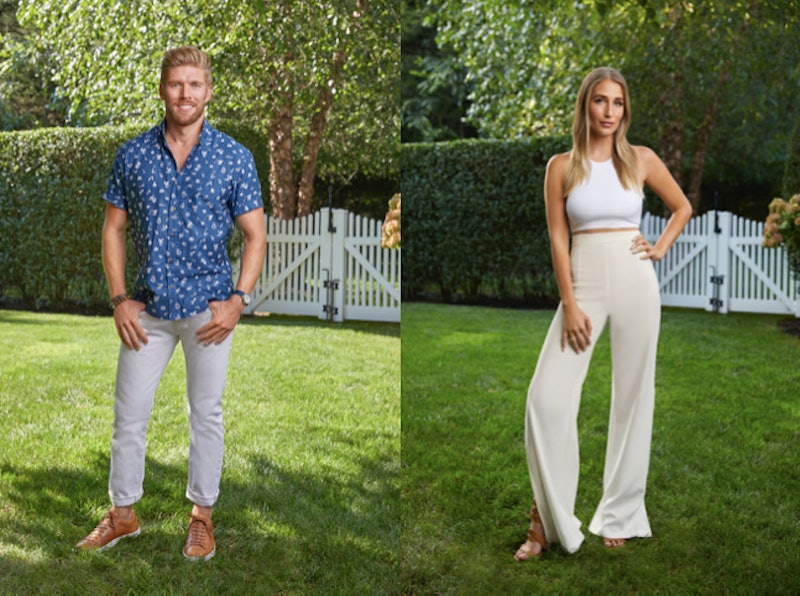 For a guy who said that no couples should be allowed in the Summer House house, Kyle has no follow through. Just in case you missed the news earlier this year, on again, off again couple Kyle and Amanda from Summer House are engaged, meaning that their summer partying vibes will last on through, well, hopefully forever. Although they are tying the knot and Amanda has been bumped up to a series regular this season again, it's not very clear when Kyle and Amanda are actually getting married. The couple doesn't seem to be rushing into the next part of their relationship.

Season 1 of Summer House found Kyle and Amanda newly dating, and it wasn't serious. In fact, they had broken up already because Kyle was finding it hard to commit, despite keeping Amanda on the hook. After all of that Season 1 back and forth (and booty calls), Kyle finally admitted to himself and fans that he was ready to stop his philandering way and start to settle down with Amanda. So, Season 2 of Summer House saw the couple official and moving — or at least trying to — to the master bedroom in the Summer House rental.

Still, it wasn't without drama. Kyle likes to party — "summer should be fun" became his motto — and Amanda needed him to cool his drunken antics pretty much every single weekend they were out of the city. . But by the end of Season 2, Amanda had a key to Kyle's apartment, which for Kyle, seemed huge. Things were finally getting serious, and then they moved in together in August 2018, and then a month later Kyle proposed. But remember — this show films an entire summer in advance. So while it might have felt like she got the key and he proposed just months after, that was not the case. In fact, Season 3 will probably be the lead up to their big move in and the proposal.

If you're looking for an invite to their nuptials, maybe slow your roll a bit — it seems as if Kyle and Amanda are just beginning to plan their wedding. They had their first of two engagement parties in December 2018, where their parents met for the very first time.

In February 2019, Kyle posted a picture on his Instagram saying that he and Amanda were looking at venues and they saw these big, beautiful horses at one of the spots.

The wheels are moving on the wedding planning, but they're not there yet. And why rush, honestly? Better to get the details correct for everything than not get the exact big day that you've dreamed of.

Of their getting engaged, Amanda told People that it was a dream come true. “Aside from how funny and sexy he is, Kyle’s my best friend. He’s the person I go to for everything. And he forces me to be a better person in different ways by pushing me outside of my comfort zone," she told the magazine. "Life with him is exciting. And to think he wants to spend the rest our his life with me and I feel the same way, it’s just a real happy feeling.”

Not to be outdone, Kyle told People that Amanda is the most "genuine person" he's ever met. "She’s incredibly selfless, thoughtful, generous and accommodating. She puts family and friends as the top priority, and bends over backwards for the people that are important to her," he said. "That’s what you look for in someone you want to spend the rest of your life with. She’s a hell of a partner.”

More like this
Kendall Jenner Thinks Tristan Thompson "Wanted To Trap" Khloé With Another Baby
By Jake Viswanath
Molly-Mae Hague & Tommy Fury Celebrate Pregnancy Reveal In The Sweetest Way
By Sophie McEvoy and Sam Ramsden
So... When Are Gabby & Erich Getting Married?
By Kadin Burnett
Every ‘RuPaul’s Secret Celebrity Drag Race’ Contestant’s Identity Has Been Revealed
By Brad Witter
Get Even More From Bustle — Sign Up For The Newsletter