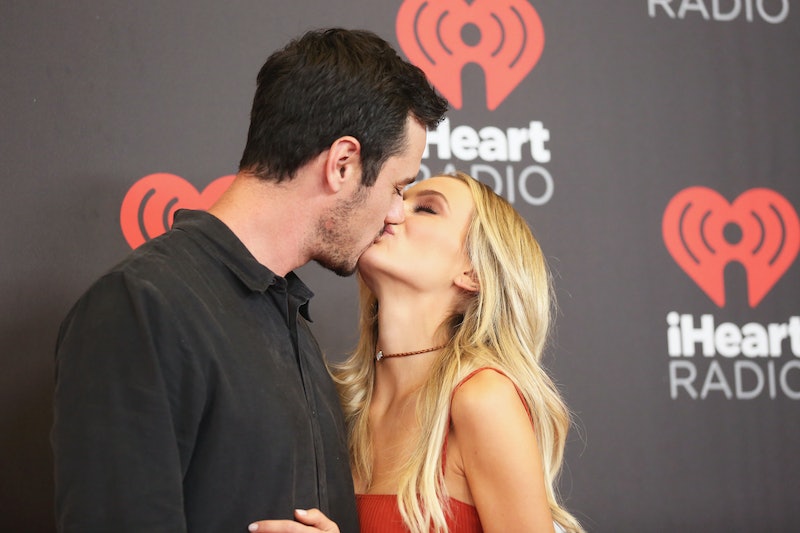 Pack up the wedding bells and cancel the cake tasting. The Bachelor pair Lauren Bushnell and Ben Higgins have ended their relationship in a recent joint-announcement, reported People. But when did Ben & Lauren break up? There were some rumors that the couple was on the rocks as recent as January and, in a statement to People on Monday, the couple has confirmed that their engagement is off.

"It is with heavy hearts that we announce our decision to go our separate ways. We feel fortunate for the time we had together, and will remain friends with much love and respect for one another. We wish nothing but the best for each other, and ask for your support and understanding at this time."

It was only last year where we saw Higgins well up in tears and profess his love to Bushnell for the whole world to see on his season of The Bachelor. Not long after, fans seemed to sniff out some potential trouble in paradise. The rumors of the break starting circulating mid-January when Bushnell took a few IG shots of a girls' trip to Nashville only to hop on a flight to Mexico without Higgins and take a picture without her engagement ring in sight— and fans definitely pointed it out in the comments section of the snap.

It was just last November where we watched the finale of the couple's show Ben & Lauren: Happily Ever After where there was talk about taking a step back from their initial plans to get married. Fast forward to mid-May, and it's looking like everything fans have speculated is finally coming to light according to People.

It's a sad day for those who rooted the two on, but at least the split seems pretty amicable. Luckily, we've still got other Bachelor couple successes we can be excited about like the recently engaged Nick Viall and Vanessa Grimaldi, as well as Kaitlyn Bristowe and Shawn Booth.