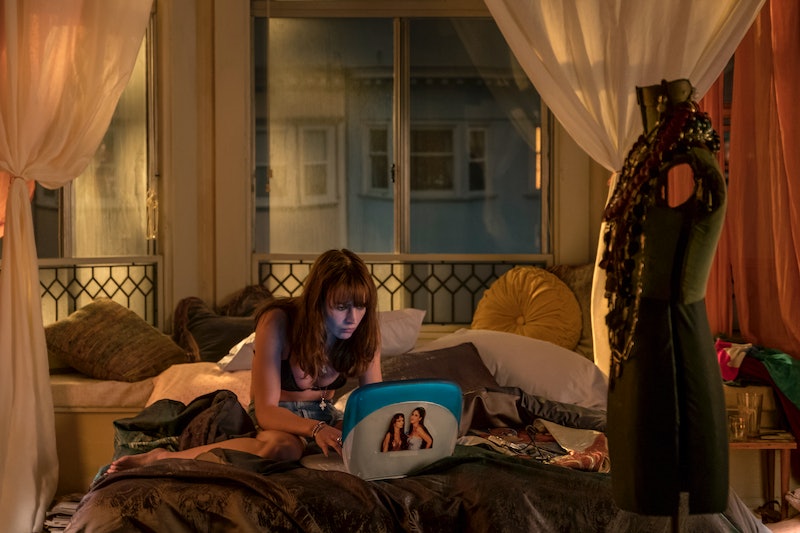 If you've been watching Netflix's new original series, Girlboss, for tips on being a Girl Boss, you might have become totally obsessed with the Nasty Gal label, which skyrocketed founder Sophia Amoruso into the annals of entrepreneur history. The show, which is loosely based on her rise from eBay vendor of heavily-priced vintage apparel to someone the New York Times describes as a "Cinderella of tech," is definitely an interesting foray into the world of a talented businesswoman. But watching it also has some bad side-effects. For example, one might find oneself launching into a Google deep dive of various Girlboss related questions such as, when did Nasty Gal leave eBay and become its own website? This question is specifically important because it seems like the move to a website had a hand in Amoruso becoming a self-described #Girlboss.

In her book, #GIRLBOSS, she details how she started from the bottom as a dumpster diving, shoplifting fashionista in San Francisco and worked her way up as the founder of an online vintage clothing store with 550,000 customers. As all journeys do, this one had its struggles, and these struggles are made even more visceral by the Girlboss TV show. However, the series starring Britt Robertson as Amoruso isn't a complete retelling of the events that led up to the real Amoruso leaving eBay. So what's the truth?

In the Netflix show and book, Amoruso was suspended from eBay. She details in the eighth chapter of #GIRLBOSS that she was using an external link on her listings, while eBay's rules state that a link can be used "solely for the purpose of selling the item, and not for general business advertisements." The series takes the concept a step further by showing that her eBay competitors, who also use external links, deleted said links and reported Amoruso — setting the fashion-savvy lady boss up for indefinite suspension.

It hasn't even been 10 years, and Amoruso managed to go from just a woman selling stuff in a very DIY fashion on eBay to a founder and CEO, to a writer, to a person so interesting her life gets a whole Netflix show. Now, that's some serious hustle. May we all get a small dosage of that hustle while watching Girlboss on Netflix.

More like this
20 Smart Devices Under $35 That’ll Change The Entire Vibe Of Your Home
By Emma Carey
The 5 Best Cat Trackers
By Megan Gray
20 Photos Of The 'Hocus Pocus' Cast Then & Now
By Radhika Menon
24 Years Ago, 'Friends' Dropped Its Most Underrated Ross & Rachel Episode
By Grace Wehniainen
Get Even More From Bustle — Sign Up For The Newsletter