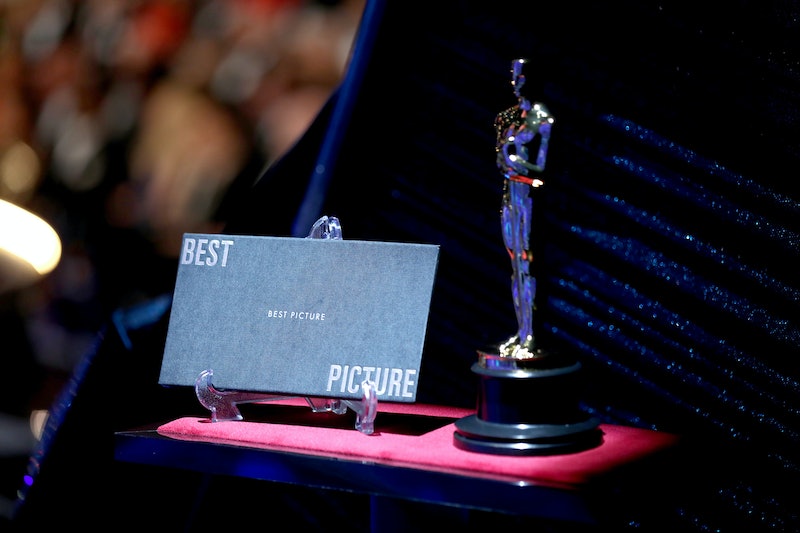 The Academy tried every which way to make the 2019 Oscars end when they're supposed to — a tidy three hours after they start. But, once again, that doesn't seem like it's going to be the case. Officially, the Oscars are slated to run on ABC from 8 p.m. ET to 11 p.m. ET on Sunday, Feb. 24, per TV Guide. But the show is almost always longer than that — and this year likely won't be any different.

Another Variety article reported that the initial plan was to only have performances of two of the Oscar-nominated songs. That has since changed to include all but one — Kendrick Lamar and SZA's song from Black Panther, which Deadline reported was a mutual decision between the musicians and the Academy.

In another attempt to save time, the Academy was going to broadcast four of the 24 awards categories during commercial breaks. Public protest eventually swayed them back into doing things the traditional way and airing all 24 awards live, according to that first Variety article. The Academy provided Variety with the following statement:

"The Academy has heard the feedback from its membership regarding the Oscar presentation of four awards – Cinematography, Film Editing, Live Action Short, and Makeup and Hairstyling. All Academy Awards will be presented without edits, in our traditional format. We look forward to Oscar Sunday, Feb. 24."

There would have possibly been one way for the Oscars to save some time, since there's no host this year. The host's opening monologue can sometimes stretch upwards of 10 minutes — plus all the other bits and jokes they make throughout the show add time as well.

But USA Today reported that an additional performance by Queen will open the show instead. Oscar-nominated film Bohemian Rhapsody centers around the band's original lead singer Freddie Mercury (played by Rami Malek), so the performance does tie into the ceremony. The band will be joined by Adam Lambert, who has served as Queen's main singer for the last eight years, according to Entertainment Weekly.

All of this combined means that the three hours planned for the telecast will likely not be long enough to fit every award and performance in. So, it's a good thing the show can run into the 35 minutes of local programming scheduled for after the ceremony. Following that is a special sneak preview at ABC's new show Whiskey Cavalier starring The Walking Dead's Lauren Cohan and Scandal's Scott Foley. It's scheduled to premiere at 11:35 p.m. ET, per TV Guide, but it could be pushed further if the Oscars run particularly late.

In any case, it seems that the public has made it clear they don't mind a long Oscars broadcast — they just want to see all the action go down. Maybe next year ABC will plan accordingly and add a little more time to the schedule.