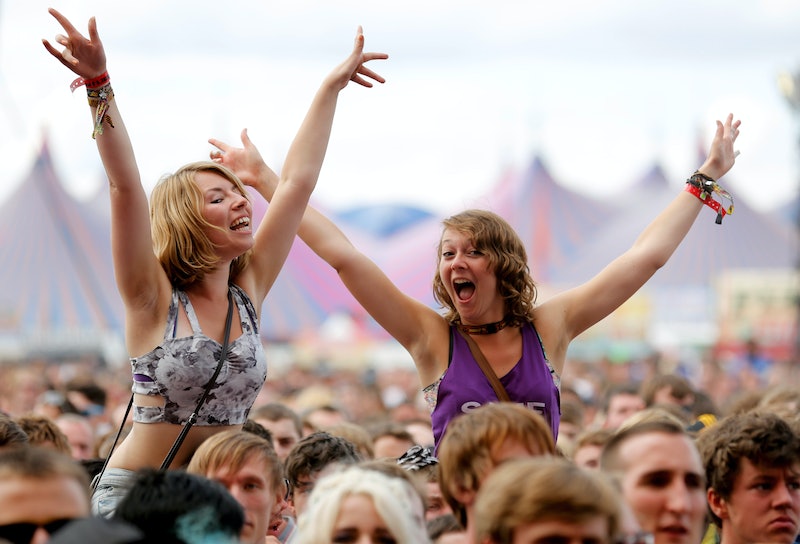 Now that it’s gotten super cold, I’ve been distracting myself with thoughts of summer and a new announcement has put me in an August state of mind. Following the mad rush for Glastonbury Festival tickets, there’s another set of dates you need to put in your calendar as details about the Reading & Leeds Festival have just been announced. With a pretty major line-up of performers performing over the weekend of Aug. 23-25 next year, you’re going to want to get a crew together as you’ll have the opportunity to see the likes of The 1975, Post-Malone, Foo Fighters, and Bastille. So, when do tickets for Reading & Leeds Festival go on sale? Set an alarm, cause it’s later this week.

The line-up announcement was released on the official Reading & Leeds Festival Twitter account, where they also revealed when keen music lovers can purchase tickets. It turns out that they’ll go on sale on Nov. 23, aka. on Friday, at 9 a.m. which could prove tricky if it clashes with your commute to the office. So it could be time to take a day off or pull a strategic sickie if you're desperate for tickets.

If, however, you’re savvy and you want to snag your tickets early — there is a way to do it.

Those lucky enough to have a Barclaycard actually can get early access to presale tickets through Ticketmaster, plus get 10 percent back at checkout for every presale ticket you buy. On top of that, if you pay with your Barclaycard at the festival next August you’ll also snag 5 percent off all food and drink. So if you don’t have one, it’s worth scoping out who in your posse does.

At the moment, it’s not clear how much tickets are going to cost so I’ve reached out to the festival's team for clarification. You’ll probably want to shift some money around though as it’s set to be pretty massive, as there’s a number of names you’ll definitely recognise on the cards.

At Leeds Festival, the Foo Fighters, Bastille, The Distillers, Not3s, Sundara Karma, Denis Sulta, The Amazons, and Yungblud will be performing on Friday, Aug. 23. On the Saturday, The 1975, Juice Wrld, Pale Waves, Camelphat, Hayley Kiyoko, and Bowling For Soup will take to the stages. And things will be wrapped up by Post Malone, Twenty One Pilots, Blossoms, Billie Eilish, Stefflon Don, Pvris, Crucast, and G Flip.

All of the performers will also be present at Reading Festival, with a little shake up on who’s performing when.

Rather than rehash all the names, I’ve slapped the schedule from their Twitter above - as far as big names go, The 1975 will be on Friday, Aug. 23, Post Malone and Twenty One Pilots on Saturday, Aug. 24 and Foo Fighters on Sunday, Aug. 25.

According to the festival, this is just the start and they'll be announcing more names as time goes on. So keep checking in on their Twitter, as hopefully one of your faves may be making an appearance. (Come on, Spice Girls.)

Last year, Fall Out Boy, Travis Scott, Kendrick Lamar, and Kings of Leon headlined the festivals. What do you think of the line-up this year? Are you going to be getting tickets?