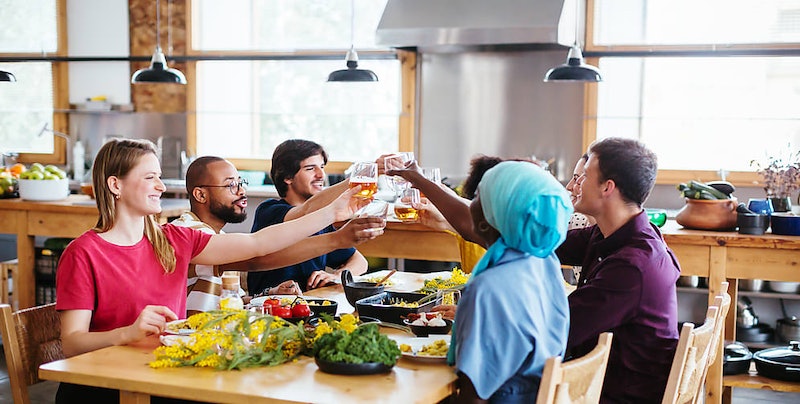 Reaching adulthood can be scary, full of responsibilities and expensive bills. Sometimes just being over the age of 18 isn’t always the same as feeling like a real life grown adult. So when does adulthood scientifically begin? Well, a new scientific study shows that people don’t become adults until the age of 30. Being an adult in the eyes of the law might not actually align with our biological clocks. So if you still can't cook or have no idea what a credit rating is, fear not — your brain might not yet have reached peak maturity. So everyone in their twenties having a quarter life crisis about growing up, you might just have some extra time on your hands. Now there's some good news I needed.

Currently, the law recognises adulthood in the UK at the age of 18. This is the age where you can buy alcohol, get a mortgage, and are legally seen as an adult, meaning you can be tried as an adult in court. But now new studies are showing that the brain actually continues to develop after the age of 18, and science suggests that the age you become a mature adult differs from person to person.

According to the BBC, professionals speaking at the Academy of Medical Sciences in Oxford, suggested that this could completely change the way in which society views adulthood. Speaking to journalists at the event, Professor Peter Jones, a neuroscientist from the University of Cambridge said, “what we're really saying is that to have a definition of when you move from childhood to adulthood looks increasingly absurd.”

It seems like the age of adulthood keeps changing throughout history and as scientists learn more about human development. In 2014, the Telegraph reported that 25 was the start of "true adulthood." Early in 2018 another study found the age to be 24 years old. But Professor Jones says, “It’s a much more nuanced transition that takes place over three decades.”

He suggested that there might not be a definitive clear cut moment when children become adults either saying:

"There isn't a childhood and then adulthood. People are on a pathway, they're on a trajectory."

Professor Peter Jones went on to explain that it’s mainly out of societal convenience that there is a specific age for adulthood in the first place. “I guess systems like the education system, the health system and the legal system make it convenient for themselves by having definitions."

He does however think criminal judges do know the difference between a 19-year-old defendant and a "hardened criminal" in their 30s. Proving that in some aspects, the law is already aware of how the human brain differs with age, even after the legal age of adulthood.

So, thanks to science, this means there's totally more time until real adulting has to begin. Unfortunately, these new findings might not change the legal age of adulthood and bills will still have to be paid, but it’s nice to know that there’s a couple of years, even if it’s just biologically, until brains actually mature into adult ones.