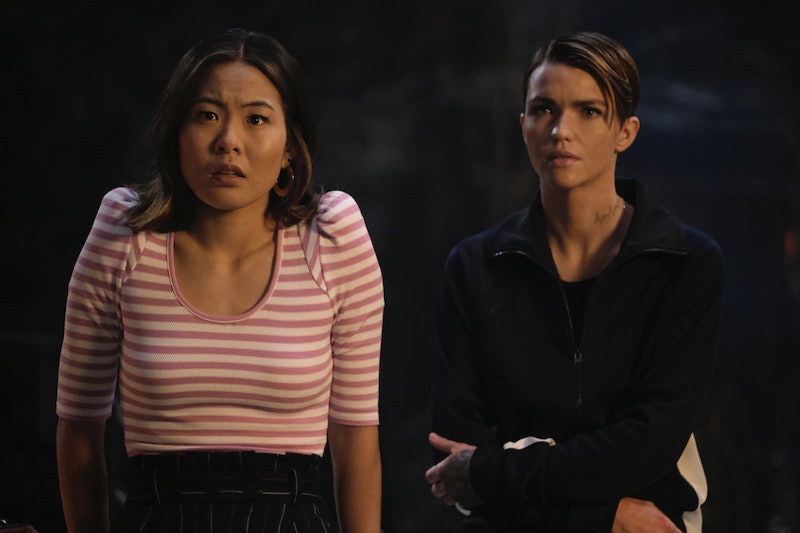 Batwoman may be wrapping up its first season a little earlier than planned, but Sunday night's finale won't be the last you'll see of Gotham's newest caped crusader. Batwoman was renewed for Season 2 in January — months before the COVID-19 pandemic forced it and many other shows to shut down production. And though there were still two Season 1 episodes that had yet to be completed, showrunner Caroline Dries told ComicBook.com that the impromptu finale still works as interesting hook for Season 2.

"I saw the writing on the wall happening with COVID a little bit before we shut down, and I just looked at what we had and I was like, 'You know what? This is going to work out," she said. "We have an awesome last episode, we have a huge cliffhanger, and we have all of these emotional stories that we were able to wrap up. So I feel really, really blessed about how it all happened. And I'm really happy with Episode 20 as our finale."

What's not yet clear is when Batwoman Season 2 will air. Typically, The CW films its shows in Vancouver throughout June and July, and new seasons premiere in October. According to ComicBook.com, producer Greg Berlanti is hoping to begin filming by then and is figuring out how continue social distancing during scenes, but that might be more difficult for Batwoman, which features a lot of close-quarters action. Depending on whether or not filming resumes by summertime, fans may have to wait until at least 2021 to see Batwoman back in action.

Nonetheless, Dries and the team are busy writing Season 2 and building out its central villain, criminal Safiyah Sohail. She's been hinted at throughout Season 1, and in the final episodes was revealed to be the real reason Julia Pennyworth is in Gotham. (As Julia explained to Kate Kane, she was able to make The Rifle leave Gotham all those months ago because she agreed to work with his boss, Safiyah). Safiyah is the one actually pulling the strings, which explains why both Alice and Mouse are afraid of her.

In the comics, Safiyah is the ruler of a pirate nation called Coryana, and she and Kate are actually dating when she's introduced. Years later, Safiyah becomes the leader of the Many Arms of Death, a global terrorist organization. Safiyah eventually kidnaps Alice, which forces Kate to go after her.

"We know viewers are like, 'This show is only missing one thing, and it's lesbian pirates,'" Dries joked to Comicbook.com. She explained that though she loved Safiyah's storyline in the comics, they didn't want to introduce her too early in Season 1 and "waste her or blow out her character." Instead, they teased Safiyah throughout the season and will finally put her in the spotlight in Season 2.

Obviously, her introduction is going to be different than it was in the comics, and she already appears to be the head of a formidable organization. It may be a while before Batwoman Season 2 airs, but when it does, Kate and her friends will likely be facing off against their toughest foe yet.

More like this
Everything To Know About 'Only Murders In The Building' Season 3
By Gretchen Smail and Kadin Burnett
'Succession' Season 4 Will Be An "Absolute Banger" According To Cousin Greg
By Bustle Staff
'Ted Lasso' Season 3 Might Be Its Last
By Zosha Millman and Grace Wehniainen
Everything To Know About A Potential 'Lockwood & Co.' Season 2
By Gretchen Smail
Get Even More From Bustle — Sign Up For The Newsletter
From hair trends to relationship advice, our daily newsletter has everything you need to sound like a person who’s on TikTok, even if you aren’t.