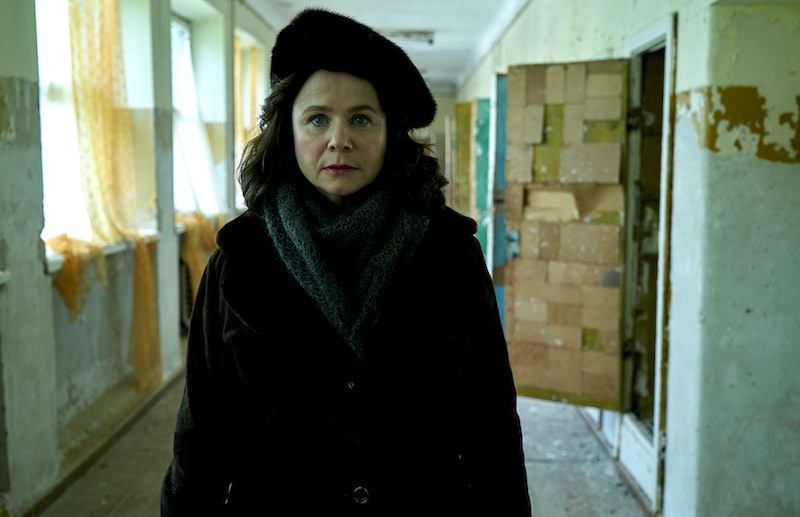 The brand new Sky drama Chernobyl tells the story behind the catastrophic 1986 nuclear disaster which occurred in the Chernobyl Nuclear Power Plant near the now-abandoned town of Pripyat. Stellan Skarsgård, Emily Watson, and Jessie Buckley lead the cast of the new series which will be shown on Sky Atlantic in the UK, and HBO in the U.S. But when does Chernobyl start in the UK?

According to Sky, the upcoming series will premiere on Sky Atlantic (Sky channel 108) on Tuesday, May 7. Chernobyl focuses on of one of the worst man-made catastrophes in history and depicts the brave men and women who sacrificed themselves to save Europe from unthinkable disaster. The series also looks into how and why the nuclear plant disaster occurred in Ukraine back in April 1986, and reveals the unbelievable stories of those who were directly involved.

The Crown and Mad Men star Jared Harris will play Valery Legasov, a Soviet nuclear physicist who is one of the first people to realise the severity of the nuclear disaster. Stellan Skarsgard portrays Soviet Deputy Prime Minister, Boris Shcherbina, who is instructed by the Kremlin to lead a government commission on Chernobyl immediately after the accident takes place. Meanwhile Apple Tree Yard actor Emily Watson plays the Soviet nuclear physicist Ulana Khomyuk, who is hellbent on discovering exactly what caused the tragedy.

And Jessie Buckley, who has appeared on the BBC competition show I’d Do Anything, War and Peace, and The Woman in White, stars as the character Lyudmilla Ignatenko — the wife of firefighter Vasily Ignatenko, who was one of the first people to arrive at the scene of the disaster. Buckley has previously discussed her experience working on Chernobyl, telling Radio Times she felt "humbled" to be a part of the production. "It is a real honour to be part of this important piece of work and share with the world the real truth about the unbelievable bravery and sacrifice that the people of Chernobyl made in order to stop an even greater disaster," she said. "I feel incredibly humbled."

President of HBO miniseries, Kary Antholis, told Deadline that Chernobyl was one of the "most compelling" TV pitches he’d ever heard. Discussing the show's writer and executive producer, Craig Mazin, and what people can expect from the upcoming series, he said, "Simple question: everybody knows it exploded but no one asks why. Chernobyl will be a horror movie, it will be a war movie, it will be a political thriller and a courtroom drama. You know how bad you think Chernobyl was? It was hours away from being much worse."

Antholis also told Sky News that he hopes the show will have a worldwide reach. "From the moment Craig Mazin pitched us the story, we were convinced that this all-too-true tale of horror and redemption needed to be told. It will engage and enrage our viewers, as well as audiences around the world."

Chernobyl begins on Tuesday, May 7 in the UK on Sky Atlantic.