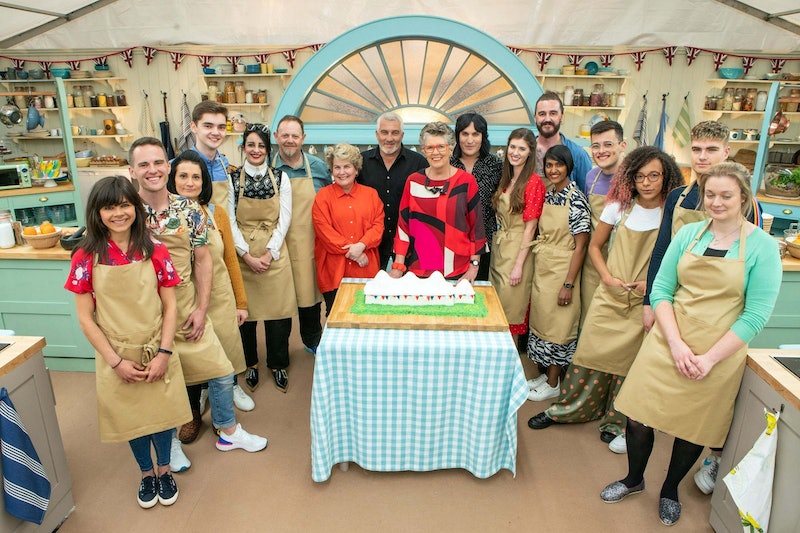 If you enjoy watching British people bake impossibly beautiful and tasty-looking treats every week, you'll be pleased to know that The Great British Bake Off will return for Season 8 — which is technically Season 11 in its native UK — and Season 9 too! The show's UK network, Channel 4, announced in March that it had reached a deal with Love Productions to air new episodes of the baking competition through 2021, which means there are at least two more seasons to look forward to.

"We are delighted to have extended Bake Off's stay on Channel 4 after two great years together," Love Productions Chief Executive Richard McKerrow said in a press release. "We have been hugely encouraged by the audience response and feedback the show has received during its time on Channel 4."

The positive response to the series hasn't just been limited to the UK. The Great British Bake Off has taken off in America as well, with Netflix bringing new episodes of the show — known in the U.S. as The Great British Baking Show — to the streaming platform every Friday, just a few days after they've aired in the UK on Tuesday nights.

That weekly schedule will likely continue moving forward, so that U.S. viewers can stay as up-to-date with the contestants' progression in real time as possible. But even if it does change to full season drops at some point in the future, the show will definitely make its way to Netflix in some way or another: in 2018, the streaming hub secured the rights for three seasons, beginning with Season 7.

The application process is admittedly pretty intense, requiring a lengthy questionnaire as well as extensive photo evidence of your baking talent, a recent photo of yourself, and a video explaining why you feel you'd be a good contestant for the show. Given the high amount of interest they must receive from amateur bakers, it makes sense that they're so selective about who makes it on the show. But they clearly know how to pick an entertaining mix of people, and luckily, there's at least a little more GBBO to look forward to before the dry spell: Season 2 of the Holidays spinoff hits Netflix next Friday, Nov. 8.