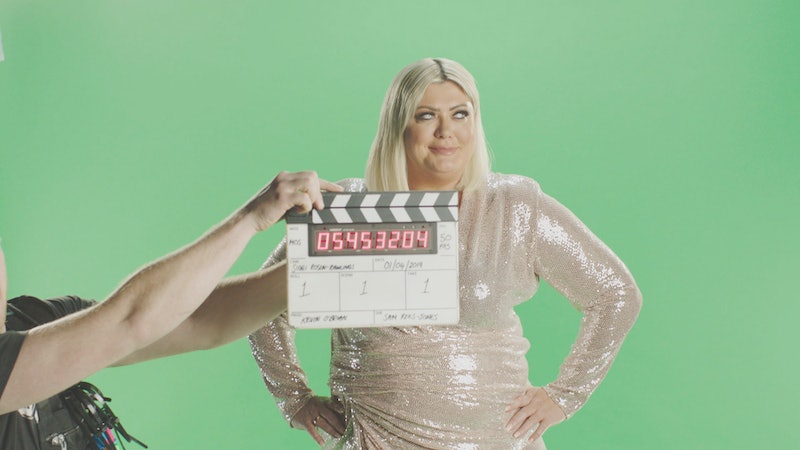 Get ready to celebrate GC style, because Gemma Collins is back and as iconic as ever. If you haven’t already seen the spectacular TV spots that ITVBe are currently airing, get ready for the best news of 2019 — the channel is airing a five-part reality series starring the GC titled Diva Forever. With a bunch of new catchphrases and memes ready and waiting, when does Gemma Collins’ TV show start?

It seems that the stars have aligned, as the GC memes are set to flow tomorrow night (Aug. 7) on ITVBe at 9 p.m. The five-part series will give fans of Collins a glimpse at her busy schedule, which includes a trip to the States with one of her closest friends who has ties to Kim Kardashian. Whether or not the GC will be keeping up with them is another matter, but there’s plenty of drama and other adventures for her to embark in both the U.S. and on home turf.

This stateside trip may also reveal whether or not Collins has signed a deal with Universal, as it was suggested by The Sun earlier this week that Collins is allegedly embarking on a pop career. Not only that, but the newspaper also reports that the GC has signed another deal for a podcast series, which will allegedly be made available in two weeks.

“She is absolutely over the moon to have done this deal with the BBC,” a source told The Sun. “It will be a regular podcast, available through the BBC Sounds app, which they are hoping will be a massive draw for her millions of young fans.”

However, this record and podcast deal are just speculative at this point, so I have reached out to her representative for further clarification. I’ve yet to hear back, but I’ll let you know if I do.

Since Diva Forever is set to begin this week, it’s more than likely that filming for the show is complete. So, while fans may not get to see any behind-the-scenes action of these recent deals, the planning and run-up to the production of both may very well be contained within the series. ITV have described Diva Forever as a chance for viewers to see Collins make “some big decisions […] as she embarks upon a brand-new chapter in her life,” these alleged opportunities could very well feed into that.

In the meantime, if a day is too long to wait for the beginning of this epic series, there is plenty of GC content to catch up on — especially since Diva Forever isn’t her first foray on ITVBe. Last August, Collins starred in a one-off special titled Diva Espana for the channel, where she travelled to Marbella (a fave holiday destinations for TOWIE stars) to open a pop-up shop.

The special is still available to watch on the ITV Hub, and if you want more Marbella escapades for Diva Forever, this series will also include another glimpse of her spending time on the island, according to The Sun.

Basically, ITVBe are turning August into a fortified GC bonanza, and I’m so ready.