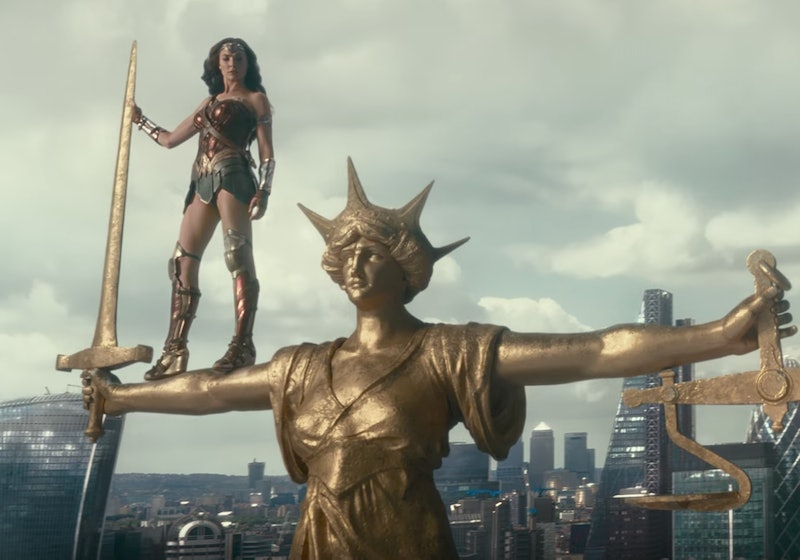 One of the year's most highly anticipated movies, Justice League, hits theaters on Nov. 17, and it's been a long and windy road to get here. That's largely because in early 2017, the movie's release became uncertain after its director, Zack Snyder departed the film following a family tragedy. After a short delay, however, MCU director, Joss Whedon, took over to finish the multi-superheroed film. Now that it's definitely back on track, DC fans couldn't be more excited, and already, the question of when does Justice League Part 2 come out is on everyone'd minds. The answer, however, is more complicated than you might expect.

The sequel to the first Justice League movie was first set to come out in mid-2019, but then it was delayed in order to make room for Ben Affleck's standalone Batman movie. The thing with that, though, is that Affleck has also faced many setbacks regarding this film. First, the Batman project saw Affleck get replaced as director by Matt Reeves, and then, last July, the actor was said to no longer be writing the script, too. So what does that all mean for a sequel for Justice League? Well, it likely will not come out within the next two years, though it is still said to be in early stages of production.

Justice League, which stars Ben Affleck, Jason Momoa, Gal Gadot, and Ezra Miller as the main superheroes, also includes JK Simmons as Commissioner Gordon of Gotham City. While at first it was speculated that Justice League would not have a sequel, Simmons revealed in an interview with Total Film that the script for a second movie was being written. In an interview with ScreenCrush, he extrapolated, "Whenever the next one gets off the ground, whether it’s The Batman movie or the Justice League sequel, and I know those things are getting shuffled around right now… we thought we might be getting to work pretty soon on The Batman, but we’ll see what the future brings."

While Simmons might have faith in a future for Justice League Part 2, its original director, Snyder, doesn't seem as convinced that the sequel will arrive in the near future. In an interview with Vulture, Snyder implied that the fate of the team of superheroes will likely depend on how well Justice League does in the box office over these next few weeks. "I think we still have a release date, as far as I know."

Snyper's doubt about the certainty of the second film's release is likely caused by the fact that a great deal of the DC films' futures depends on how well Justice League does. For instance, in a recent appearance on Meet the Movie Press, Variety reporter Justin Kroll revealed that a film about the Flash, called Flashpoint, has reportedly been put on hold. "A little insider tidbit, I’ve been tracking various movies in this world director-wise, specifically Flashpoint, I’ve heard they’ve slowed that search down to see how this film does," Kroll said on the radio show. He also knocked down rumors of a Cyborg standalone movie, saying, "well obviously that isn’t happening anytime soon, neither is Man of Steel 2."

Even if it's unclear when Justice League Part 2 will come out, it's still likely that it will, eventually be made. Given the rumors about its script and Snyder's comments about it having a date, it seems like Warner Bros. already has the sequel in the works. Plus, considering how popular Wonder Woman was last summer, audiences are likely to come out in droves to have another chance to see the awesome female superhero before Wonder Woman 2 comes out on December 2019.