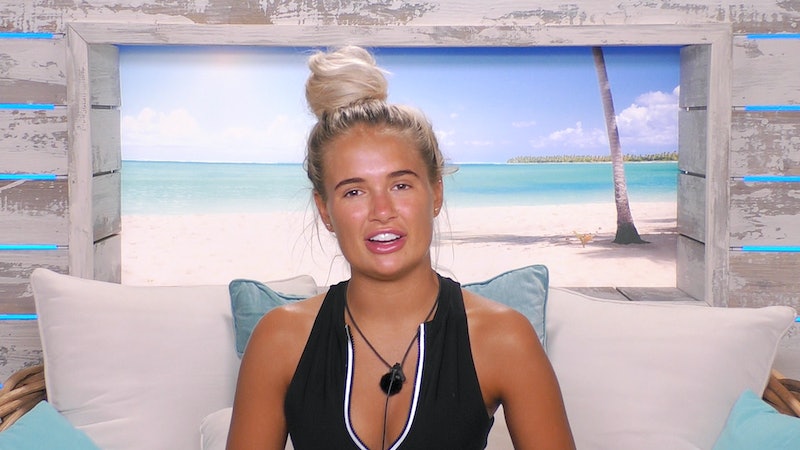 Admitting that our nightly fix of Love Island drama will soon be coming to an end is a hard pill to swallow, but sadly the ITV2 reality masterpiece is approaching its final few weeks. Over the past month viewers have witnessed budding new relationships, messy breakups, and perhaps the most dramatic Casa Amor twist in the show's history (I'm still not over it). But when does Love Island 2019 end? Well, Caroline might be crowning the winning couple very soon indeed, and here are all the details you need to know.

According to the Radio Times, ITV is reportedly planning to wrap up the current series after an eight-week run, which means we can expect Love Island 2019 to end on Monday, July 29. I have reached out to ITV for further comment, and will update with any new information once it becomes available. However, according to iNews, each series of the reality hit has lasted around six days longer than the previous year — so if this trend continues, we could be looking at a slightly longer 2019 series.

Although season five is expected to finish in late July, applications for the current series are still very much open. According to the official Love Island application page, the closing date for new applicants is Monday, July 15, and applicants must have a valid passport which allows them to travel between May 1 and Saturday, August 31. So, the longest ever series of Love Island is very much a possibility, but for now we'll have to wait and see.

Although the grand final might be on the horizon, fans are still very much consumed with all the latest drama from the nation's favourite villa — and the news that islander Amy Hart recently decided to walk from the show has shocked many viewers of the ITV series. As reported by The Sun, Amy decided to quit Love Island 2019 following her bombshell split from "half-boyfriend" Curtis Pritchard. After a tumultuous week, which included being removed from the villa by the show's wellbeing team, the air hostess decided to pull the plug on her reality TV experience, and a source close to Hart revealed that the former islander couldn't stand seeing Curtis "crack on" with her fellow contestants.

Speaking to The Sun, the source revealed, "It was Amy's decision to walk from the villa as she felt she had got as much as she could from the experience. She fell in love, had her heart broken and couldn't stand the thought of seeing Curtis crack on with other girls while under the same roof as her." The source went on to add that Amy had been given all the necessary "therapy and support" by ITV producers, and described Hart as being a "strong woman" who "knows her own mind."

Although it wasn't the happiest of endings for Amy, I wish her the very best of luck in finding the right person for her — but perhaps not on a reality TV show.

Love Island continues every night at 9 p.m. on ITV2.

More like this
Every Season Of 'Love Island' Ranked Best To Worst
By Alice Broster, Frances Stewart and Sophie McEvoy
Twitter Is Saying The Same Thing About 'Love Island'
By Sophie McEvoy
'Love Island’s Kai Fagan Is Very Clear About What He Doesn’t Like
By Sam Ramsden and Darshita Goyal
'Love Island's Tanyel Revan Has A Controversial Dream Dinner Guest
By Bustle UK
Get The Very Best Of Bustle/UK
Sign up for Bustle UK's twice-weekly newsletter, featuring the latest must-watch TV, moving personal stories, and expert advice on the hottest viral buys.