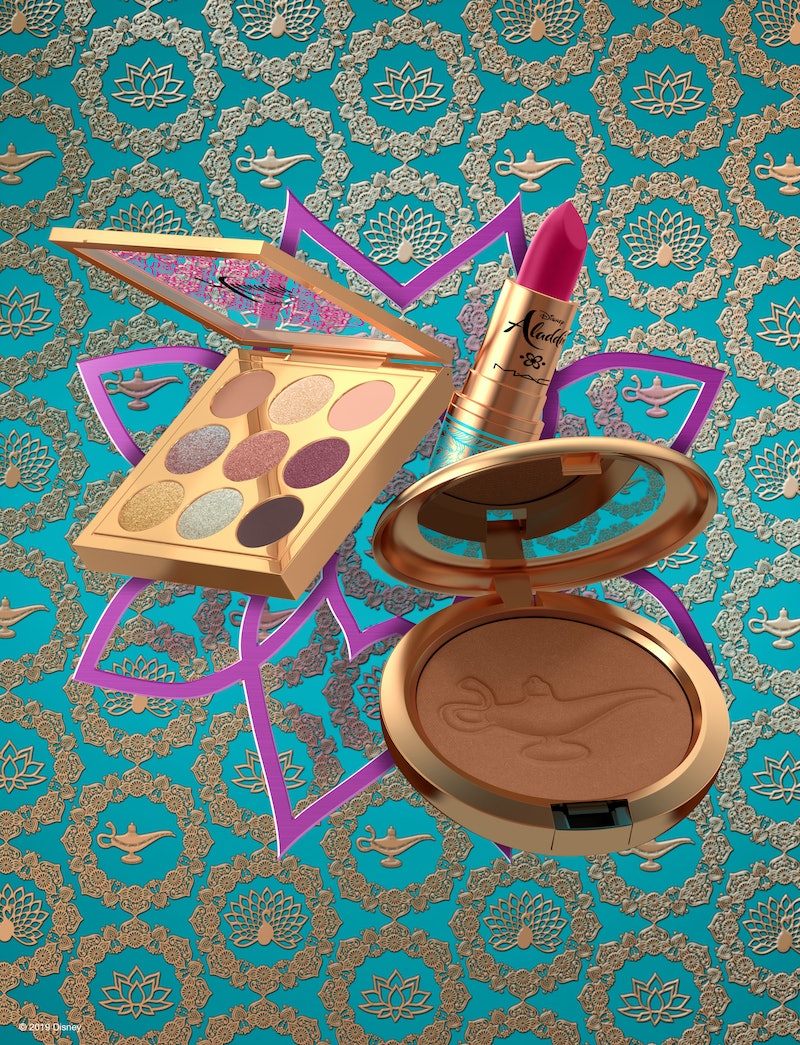 Beauty lovers born and raised in the '90s will soon be tapping into their inner child, thanks to a new MAC collection filled with Disney magic. MAC is releasing an Aladdin-inspired makeup collection. The collaboration will feature a three-piece collection including a nine shade eyeshadow palette, a lipstick, as well as a bronzer all inspired by Jasmine.

Disney announced this MAC collaboration shortly after the release of the full length trailer for the Aladdin live-action film to release May 24. Aladdin fans will be relieved to know they’ll be able to can the full collection before the movie debuts in theaters. The full range officially launches May 16.

MAC officially announced the news of the Disney collab on the brand’s Instagram page with the movie poster of Jasmine.

“Your wish, our command,” the brand wrote in the caption. “Manifest your magic with The Disney Aladdin Collection by MAC. Launching this May, this wish-fulfilling collaboration highlights the self-determination and confidence of Princess Jasmine in the upcoming live-action adaptation of Disney’s animated classic, Aladdin — in theaters May 24.”

According to a press release sent to Bustle, the entire collection shows off Jasmine's powerful character as a woman.

"MAC has teamed up with Disney to unveil a sumptuous range of lip, cheek, and eye colors inspired by the beautiful self-determined Jasmine," the press release stated. "This exciting new collaboration highlights the strength and beauty of Jasmine, with a color collection that shows she is confident and strong-willed; inspiring all of us to express ourselves in any way we desire."

Although there aren't any eyeshadow shade names, the colors look absolutely stunning. The nine shades encompass a range of mattes, shimmers, and jewel tones. Some of the eyeshadow shades feature mauve purple, red and pink blush tones, as well as grape and gold shimmers.

The collection also includes a fuchsia-colored bullet lipstick designed with patterns and colors representative of Agrabah printed on the packaging.

The last product in this Aladdin-inspired lineup is a medium brown shade bronzer compact. The bronzer comes with a mirror enclosed, but the imprint of Genie's lamp in the actual bronzer powder is the main attraction.

MAC Cosmetics has often collaborated with real-life celebrities and cartoon characters to create super cute makeup collections. In 2015, the makeup brand launched a collection entirely inspired by Cinderella in honor of the live-action film that released Dec. 2015. Before the Cinderella collection came along, MAC also dedicated a makeup collection specifically to Disney Villians in 2010. The featured baddies included the iconic Cruella De Vil, Evil Queen, Maleficent, and Dr. Facilier

There's no word yet on the names of the pieces nor even prices of this collection, but May 16 is the confirmed date of the line's release. Regardless, Disney fans and makeup lovers alike will be thrilled to take these treasures home.