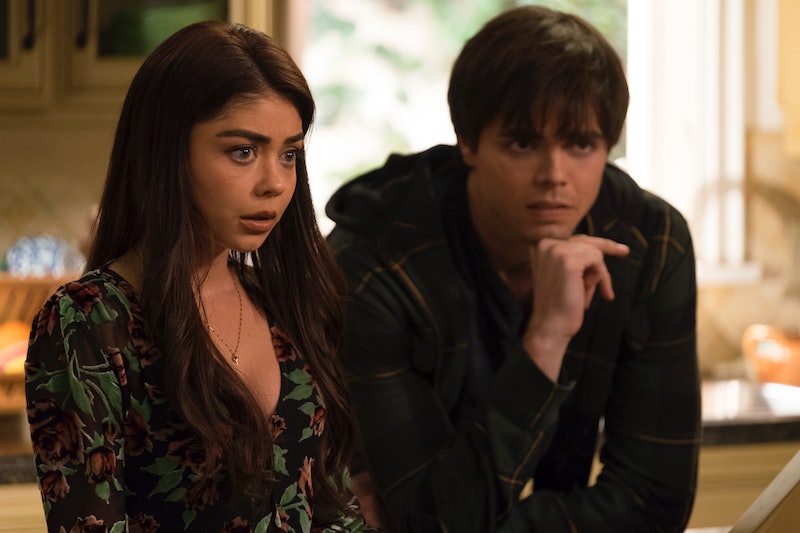 It's been a big year for the Dunphy-Pritchett-Tuckers, and it's not over yet. Modern Family Season 10 kicked off on Sept. 26 and is already about to head out for its winter break with the midseason finale on Dec. 12. When Modern Family Season 10 comes back, there's still a half a season left, but is that all? At the time of the Season 9 finale in May, it seemed likely that this year would be the show's last. Now, however, it looks like there could be even more mishaps and shenanigans in store for everyone's favorite dysfunctional fam.

While ABC hasn't announced an official return date for Modern Family Season 10, Jan. 2 or 8 seem like pretty safe guesses. Throughout its 10-year run, the show has reliably returned from its winter break either on the next possible air date after New Year's, or the following week. It would be surprising if they decided to shake things up after remaining steady for so long.

Nearly a year ago, in January 2018, co-creators Steve Levitan and Christopher Lloyd talked to The Hollywood Reporter about Season 10, and indicated that they were pretty sure it would be the end of the road for Modern Family. "Our plan is to end it at 10," Levitan said. "If we can leave with most of our audience wanting more, I think that's the right way to do it. Never say never, but I just can't imagine that we'd go past that."

Now it looks like "never say never" might be coming to pass. Nellie Andreeva reported in September that things were looking up for a potential Season 11 of Modern Family. "I hear conversations are still ongoing between ABC and Modern Family producer 20th Century Fox TV for a shorter 11th season, with a final season order in the neighborhood of 18 episodes discussed," she wrote for Deadline, adding, "I hear the cast is yet to be approached, but all are said to be willing to return for a final chapter if new deals can be made."

Bear in mind that this is still just speculation at this point, not official confirmation from the network. But it does sound like the outlook for Modern Family''s future has changed since the end of Season 9, and is starting to look up.

Julie Bowen, the actor who plays super mom Claire Dunphy, told Jimmy Kimmel she'd definitely be down for keeping the show alive for more seasons. "I want it [Modern Family] to come back," she said. "I really enjoy it and I'm terribly lazy and have become very accustomed to these people."

Whether Modern Family gets renewed for another season (or more), it sounds like there's a lot more plot in store for the second half of Season 10. While talking to Kimmel, Bowen hinted that there are plenty more twists and turns ahead, even after Haley's pregnancy reveal. Whatever that means for the Dunphy family, fans seem on board to watch their hijinx for as long as they're on air.

More like this
The 'Gossip Girl' Reboot Creator Is “Looking For A New Home” To Air A Potential Season 3
By Brad Witter
'Bachelor' Star Cassie Randolph’s Sister Is In The 'Yellowstone' Spinoff '1923'
By Grace Wehniainen
Netflix Shut Down 'Bridgerton' S3 Rumours About A “Very Dark” Storyline
By Bustle
Shonda Rhimes Responded To The Surprise Exit Of A Day 1 'Grey's Anatomy' Figure
By Grace Wehniainen
Get Even More From Bustle — Sign Up For The Newsletter
From hair trends to relationship advice, our daily newsletter has everything you need to sound like a person who’s on TikTok, even if you aren’t.