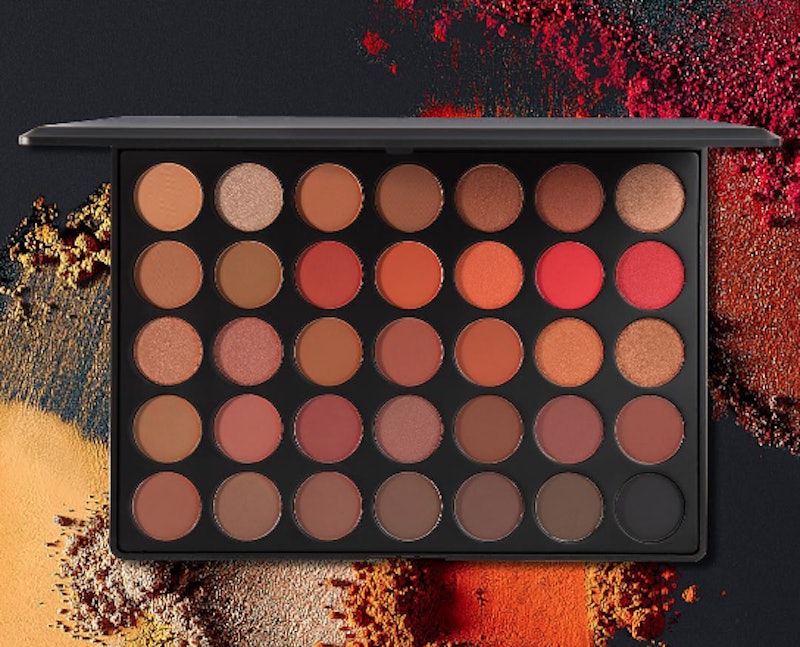 The day you've been waiting for is finally here. Drumroll, please... Morphe will now be sold at Ulta! According to PopSugar, the indie brand that was once only sold in California or on their website will now be coming to stores all across the country, and it's happening sooner rather than later. Get your wallets ready, because your holiday shopping just got that much easier.

Ulta has been on a roll with expanding the brands that they offer. In 2016 alone, they've added brands like Ofra, Dose of Colors, and even the K-beauty brand Memebox. Now, it looks like Morphe will be added to the list as well.

According to the the publication, Morphe will be available in Ulta on Oct. 27 — just in time to get all of your holiday shopping done.

"Morphe enjoys a huge social following and a fan base of some of social media's most influential," Julie Tomasi, senior vice president of merchandising at Ulta Beauty told PopSugar. "Their internet visibility and differentiated offerings have made them one of the most-requested brands by our guests. We are thrilled to be Morphe's exclusive retail partner and offer popular items like their quality makeup brushes and eye-shadow palettes to our guests in-store and online later this year."

Before this epic announcement, the only way to shop Morphe was through their online website or their stand-alone store in Burbank, California. So this is some pretty major news.

According to Fortune, Ulta currently has over 900 stores all across the United States and plans to double that amount as well. For a comparison, Sephora currently 700 stores in the US, according to Forbes. Bottom line: that's a whole lot of opportunities, my friends.

As far as what will come to stores, you have a lot to get excited about. According to the PopSugar announcement, fan-favorites like the Jaclyn Hill Palette and the Copper Spice Eye Palette will be hitting the shelves. The publication also reports that there will be exclusive products as well.

Bustle reached out to Morphe to confirm.

In addition to incredible eyeshadow palettes, the brand also has plans to bring their brushes and makeup sponges to Ulta as well. With all of this happening in late October, there's a good chance that an exclusive holiday collection could be in the works as well. Either way, it's going to be super exciting to see how the brand merges into stores.

Fans are pretty excited to hear that the two makeup brands have joined forces. Even without knowing the specifics, people have taken to Twitter to show their excitement.

Live footage of fans finding out that Morphe is coming to Ulta.

Someone thank the makeup gods for all that they have blessed us with this year.

Bye, paycheck! It was nice knowing you.

This emoji was created for this exact moment.

Consider this the confirmation you've been waiting for.

It's never been easier to surround yourself with makeup.

The understatement of the year.

Time to cash those point in!

The makeup world might be ready, but our bank accounts are not.

Whether you're a long-time lover of Morphe or just excited to finally trey out the brand, this is a major moment in makeup history. Not only are the products easier than ever to buy, but this opens the door for other indie brands as well. After all, the more makeup options at Ulta the merrier.