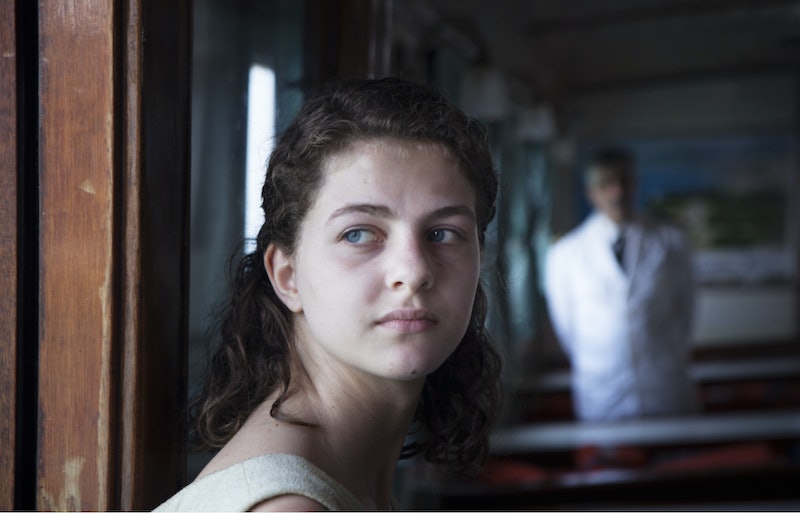 In an exciting move, HBO dipped its toes into its first foreign language series earlier this year, in cooperation with Italy’s RAI network. The project in question, My Brilliant Friend, has been renewed for Season 2 already after plenty of buzz surrounded the first episodes. My Brilliant Friend’s second season doesn’t have a premiere date just yet, but if it follows the schedule it established with its first premiere date, fans can probably expect the next installment of the series sometime in late 2019.

According to Variety, My Brilliant Friend’s first season is based on Elena Ferrante’s book, with which the series shares a name. The book is the first in a series of four, and Season 2 will take on the next installment, “The Story of a New Name.” “We’re thrilled that Elena Ferrante’s epic story has resonated so powerfully with viewers and critics, and we look forward to the continuing journey of Elena and Lila,” Casey Bloys, president of HBO Programming, said, per Variety.

The series focuses on the friendship of Elene Greco and Lila Cerullo, two girls who meet during 1950s primary school. The story follows them throughout their entire lives, unraveling the secrets and intricacies of their friendship. That kind of story could be the perfect subject matter to feature in an arc of several seasons, so the renewal makes total sense.

My Brilliant Friend currently holds a 94 percent positive Rotten Tomatoes score among critics, and a 97 percent score among audience members. It’s also received praise left and right in media outlets’ reviews of the first season. Vulture’s Matt Zoller Seitz wrote that the series “feels less like a new production than a best-kept secret from another era that was recently unearthed,” praised its “exceptional” casting, and called it “a late-breaking candidate for show of the year.” Rolling Stone’s Alan Sepinwall said in his review that the show “covers the material with beauty and grace,” and called it “a great show with huge heart.” And The Hollywood Reporter’s Daniel Fienberg praised its “beautifully shot” cinematography and the “spectacular casting of its inexperienced leads.”

That’s some pretty staggering praise, and it definitely bodes well for the show’s continued success. Ferrante, who reportedly communicated with the production via email, said she was quite hands on with the TV adaptation of her books, though she has no desire to work in entertainment. “I categorically exclude working in the future for cinema or television, and it was not really a screenwriting job. I would not have had the competence,” Ferrante told the Italian outlet La Repubblica, according to THR. “I rather discussed the texts written by [director Saverio] Costanzo and his collaborators, intervening with my suggestions where it seemed necessary to me.”

If all goes well, My Brilliant Friend may not be the only international project to make its way to American HBO viewers, especially after the buzz it’s enjoyed. “There are so many international shows we've seen in recent years where I thought, 'This is so riveting, why don't we just do this instead of adapting it into English?'” Francesca Orsi, HBO’s co-head of drama, told The Hollywood Reporter.

It’s always exciting when American viewers can get their hands on unique and meaningful content created elsewhere around the globe, and My Brilliant Friend has been a successful foray for HBO into that programming realm. When Season 2 continues Elena and Lila’s stories, it’ll have plenty of people eagerly along for the ride.