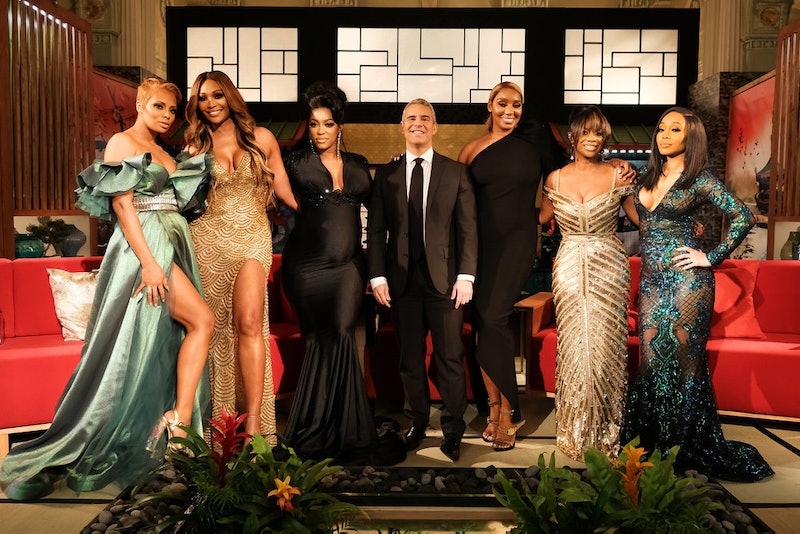 After a slow start, this Real Housewives of Atlanta season had some major drama. Which is why some fans might already be wondering when Real Housewives of Atlanta will return for another season — and if all the current cast members plan on coming back, given all the in-fighting among them. Right now, there are just so many questions and not a lot of official answers.

However, the forecast is promising, i.e. very shady after such a heated reunion. No one has officially confirmed or denied if the show is coming back, but next season has been discussed very publicly. During an April appearance on The Talk, NeNe Leakes discussed whether or not she would return to the show after Season 11. The OG declared, "Oh yeah, this is my show. Whether they want to receive it and accept it, I started this show."

That last part about her "starting the show" is debatable. Nevertheless, NeNe made it very clear that she would be down for another season. During that same interview, NeNe said, "The only way I don't return is if they didn't want me back." And why wouldn't they want her back? She's the only OG cast member remaining and she has intense relationships with half the cast. That just sounds like the perfect lead in for a new season.

That wasn't the only time that NeNe discussed a Season 12. In April, NeNe shared her thoughts on casting RHOA next season during an interview with E! News. NeNe shared, "If I was the person that was casting, you know what I would do? I would take a peach from somebody that's holding one that don't need to hold one, that's super boring, and give it to somebody else. I would mix it up."

NeNe does not hand out the peaches, but she seems pretty positive that another season is happening since she's throwing out casting suggestions. In that same interview, NeNe said, "I want this show to continue on for the next 10, 15, 20 years, OK?"

That's perfectly OK, NeNe. In fact, that is exactly what the fans want to hear.

NeNe said, "I'm going to still be here, so bring them back. Why would I leave? Bring any enemy you want to bring back, I'm fine." So, does that mean she's open to a Kenya Moore return? Probably not.NeNe isn't the only one who has discussed another season. The King of Bravo himself, Andy Cohen, responded to a fan after the Season 11 reunion taping with "The whole table was reset for next season." That's not an "official" confirmation, but it might as well be.

Plus, only two Real Housewives shows have been canceled. Real Housewives of Washington D.C. got the axe after its first season following Michaele Salahi and then-husband Tareq crashed a state dinner at the White House. And the Real Housewives of Miami lasted for three seasons, but it hasn't returned since 2013. In 2014, Andy was asked about the possibility of an RHOM return and said, "Who knows? Never say never. I mean, right now it's kind of dead in the water, but who knows?"

Since these are the only Real Housewives shows that have been canceled and both NeNe and Andy have commented about another season, it's safe to assume that Real Housewives of Atlanta Season 12 is a go. By then, the women should be ready to all forgive each other — hopefully.