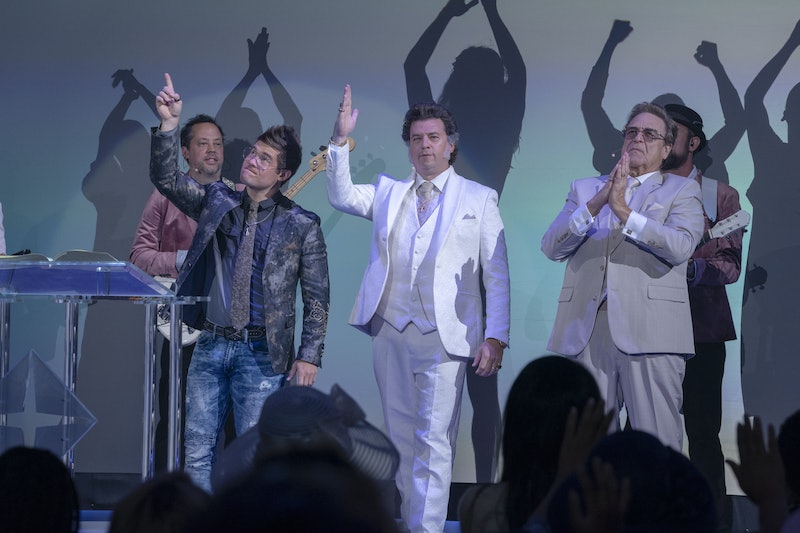 The Righteous Gemstones' first season finale promises to be an explosive affair, resolving the fallout from the Gemstones' Easter robbery. But once that's all said and done, there's still a lot more of the Gemstones' story to be told. The show was renewed by HBO in early September, and when The Righteous Gemstones returns for Season 2, the family will surely be looking for new schemes to inspire their followers to throw cash in the collection basket. Until then, there are a number of shows (and one film!) from the same creative team to keep fans occupied.

The Righteous Gemstones is just the latest project in a decade-plus collaboration between star Danny McBride and writer/director Jody Hill. Gemstones is a tad different than Hill and McBride's earlier work, as the series is more focused on an ensemble cast than simply McBride's character, and is a story about a dysfunctional family as opposed to male hubris — although there is still plenty of that in Gemstones. Still, viewers looking for more shows in line with Gemstones while they wait for Season 2 will likely find something of interest on the list of shows McBride and Hill have previously teamed up for, as well as the film that brought them together in the first place.

Danny McBride's first collaboration with Jody Hill was also his breakout role, as their film The Foot Fist Way eventually wound up in the hands of Will Ferrell and Adam McKay, who helped distribute and promote the movie. The film follows wannabe Taekwando hot shot Fred Simmons, who attempts to define his masculinity through martial arts despite being emasculated seemingly every day in his real life. It's a crass and violent story that served as a template for what McBride and Hill's future collaborations would look like.

Hill and McBride's longest running project, Eastbound & Down, ran for four seasons on HBO. It followed deeply unlikable baseball player Kenny Powers, who returns to his hometown after retiring from the major league and takes a job teaching high school P.E. If you like your comedy charming and friendly, then Eastbound & Down is not for you, but anyone who thinks The Righteous Gemstones could stand to be a lot more cruel should get a kick out of Kenny.

Alongside Eastbound & Down and The Righteous Gemstones, Vice Principals completes Hill and McBride's trilogy of HBO shows about horrible people with grand aspirations. The series starred McBride and Walton Goggins as rival vice principals who team up to take down the school's newly hired principal, hoping to open the position to themselves. Goggins later reunited with with McBride and Hill in Gemstones, in which he now plays the role of "Baby" Billy Freeman.

Hill and McBride's previous projects are filled with liars, blowhards, and scoundrels — which should be right up the alley of any Gemstones fan. A premiere date for Season 2 hasn't yet been announced, but if the show repeats its schedule, it should be back by next August at latest. In the meantime, these should be more than enough to keep you busy.