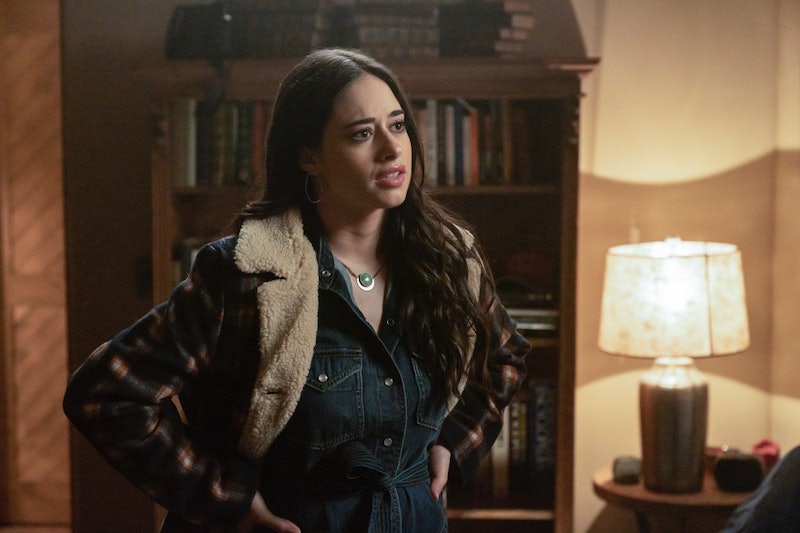 As E! News reported in May, The CW has pushed all of their regular scripted series premiere dates to 2021 as a response to the COVID-19 pandemic. This accommodates for the inevitable delays caused by production shutdowns. When the Roswell team is able to resume filming, they'll have to make some changes, which they've already begun thinking about. "Trying to figure out how to tell a love story without any kissing has been fun," showrunner Carina MacKenzie joked during a virtual ATX TV Festival panel in early June, per Geekspin. "We had a writer pitch, 'Well, what if the aliens are getting stronger, and now every time they touch anyone that person comes away with an alien handprint on them?' We were like, OK, maybe that’'s how we prevent these two people from kissing for an entire season is he can't touch her because she'll start to glow."

On a more serious note, MacKenzie said that a lot of their typical scenes will need to be reworked. "Our two main sets are a diner and a bar that are constantly packed with extras. We're sort of like, OK, well we can probably have extras in exterior scenes socially distanced, but we're not going to be able to pack a bar full of people," she continued. "[So] we'll do a little time jump between our seasons and we will jump over the quarantine period, but we will still acknowledge COVID happened. Our diner will be take-out only. Our bar will have shut down because they couldn't sustain through the quarantine."

After the panel, MacKenzie clarified on Twitter that all of these are just hypothetical ideas. The Season 3 story will largely depend on where the health crisis stands when filming resumes. But Roswell is in a good position. While many of the CW's shows will begin airing in January 2021, E! News reported that a few will be held for the midseason, including Roswell, New Mexico, Dynasty, and Supergirl. CBR reports that will likely mean a premiere date between April and June 2021.

Basically, it will be a long time until Roswell, New Mexico is back onscreen, so savor the finale while you can.