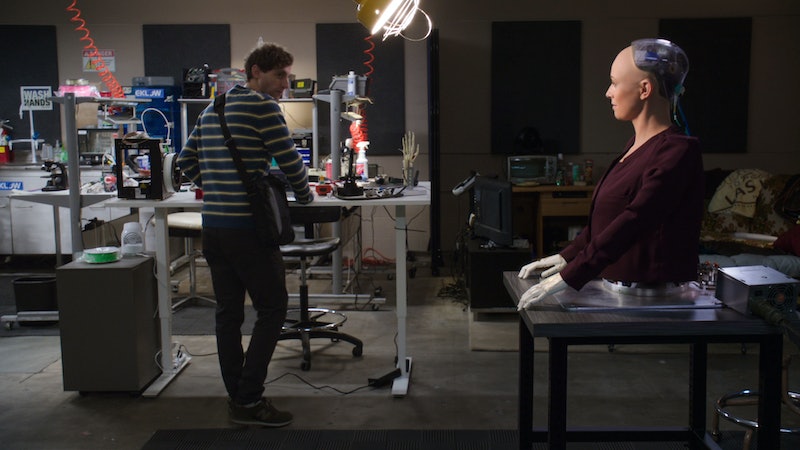 Silicon Valley has always been a show that is ripped from the headlines — but the average viewer may have never seen the headline in question. The HBO series has been pulling from the technology and culture of Silicon Valley for five seasons, and it seems that they'll be continuing to do so for another season. When Silicon Valley returns for Season 6, as reported by Collider, the show will have a whole new year's worth of technology and tech news to poke fun at.

The show has always been good at exploring small details of Silicon Valley life, such as competitive Tesla ownership and the cultural obsession with cryptocurrency, but the technology explored in Season 6 could have much higher stakes as it may be the show's final season. We don't know when the show will return, but its aired all of its previous seasons in March or April, so keep an eye out in Spring 2019.

In an interview with The Hollywood Reporter, showrunner Mike Judge revealed "Season 5 would be the second-to-last [season], yeah ... But you never know. It could be that it gets to 6 and someone has some idea." He also confirmed that the show's staff already knows how the series will end "We have a series finale, a place ahead that we've talked about for a while now just amongst ourselves. That's how we're thinking of it."

So what tech could Pied Piper get into that will bring the series — and likely, Pied Piper — to an end? The show could pull from these tech stories to craft Silicon Valley's big finale.

Pied Piper Could Go Down For A Tasteless Ad

In one of the biggest tech stories of 2018 so far, a Snapchat ad featured Rihanna and alluded to her experience with domestic violence for the purpose of a "Would You Rather?" type question. Rhianna called the app out in a lengthy statement:

"Now SNAPCHAT I know you already know you ain't my fav app out there! But I'm just trying to figure out what the point was with this mess!I'd love to call it ignorance but I know you ain't that dumb. You spent money to animate something that would intentionally bring shame to DV victims and made a joke of it!!! This isn’t about my personal feelings, cause I don’t have much of them … but all the women, children and men that have been victims of DV in the past and especially the ones who haven’t made it out yet …. you let us down! Shame on you. Throw the whole app-oligy away."

In response to the controversy, a Snap Inc. spokesperson said in a statement to Bustle:

“This advertisement is disgusting and never should have appeared on our service. We are so sorry we made the terrible mistake of allowing it through our review process. We are investigating how that happened so that we can make sure it never happens again.”

The men of Pied Piper have gotten themselves into hot water before, but have somehow managed to survive the wrath of venture capitalists and powerful tech figures like Gavin Belson. However, would Pied Piper be able to survive getting on the bad side of a pop culture icon? CNN reports that Snapchat's market value reportedly declined by $800 million following the controversial post. Snapchat may have survived that loss, but Pied Piper doesn't have that kind of money to lose.

Pied Piper has spent the past few seasons working towards a "decentralized internet" — an internet free from data miners and advertisements. The basic idea is that instead of living on massive computer servers owned by companies that focus on web hosting services and cloud storage. A decentralized internet (which is a real concept that is being worked on) would use people's personal computers and smartphones as tiny servers, using a worldwide network of interconnected devices not owned by a corporation or government.

While interests are piqued by a decentralized internet in Season 5 of Silicon Valley, the massive privacy breaches seen in the real news could make privacy a number one priority among developers and investors. Pied Piper are often hoisted by their own petard, but the mistakes of others could help Pied Piper's decentralized internet launch and change the way the world interacts with the internet.

Silicon Valley has commented on artificial intelligence before, most obviously with the character Fiona — a human-like artificial intelligence. Richard Hendricks gives Fiona access to Pied Piper's decentralized internet, and things quickly go awry. It's a small scale version of what the late Stephen Hawking has warned — a belief that AI could destabilize humanity.

In an interview with Wired, Hawking said "I fear that AI may replace humans altogether. If people design computer viruses, someone will design AI that replicates itself. This will be a new form of life that will outperform humans."

Pied Piper has messed up in some major ways in the past, but could they mess up so much that they bring about the apocalypse? Alternatively, could Silicon Valley end up being a prequel to its own Sunday night lead-in, Westworld?

With there likely being only one season of Silicon Valley left, there could be some major events that complete change the shape of the story. While much of Silicon Valley so far has been watching Pied Piper move two steps forward and one step back, a final season offers the show an opportunity to make big choices without having to sustain those creative decisions for future seasons. Whether Pied Piper goes under or brings about the apocalypse has yet to be seen, but chances are it'll be hilarious no matter how this story ends.