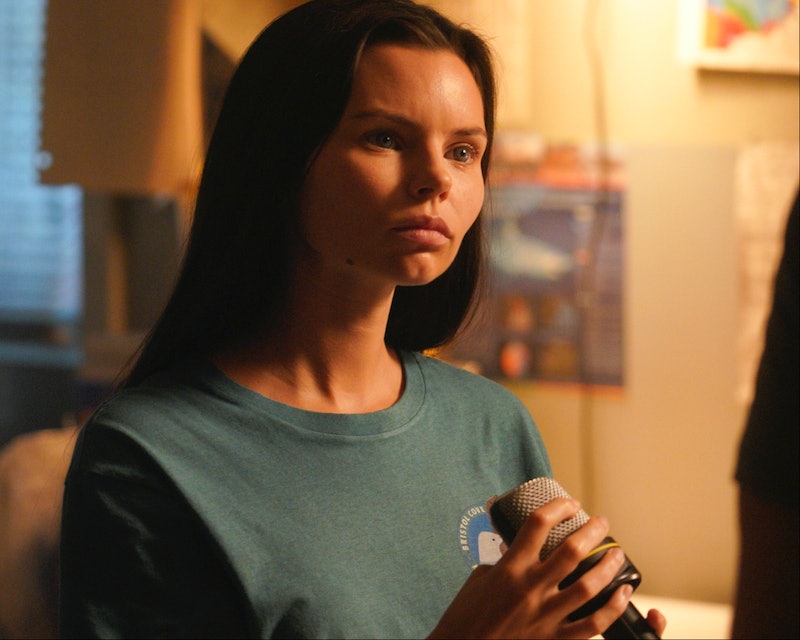 Prepare for a lot more of your favorite mermaid drama, because Siren was renewed for Season 3 far ahead of Thursday's Season 2 finale. In fact, according to TV Line, Siren Season 3 was confirmed just halfway through Season 2's airing. That's how confident the network seems to be in this show. It's not all that surprising, though. Siren has been drawing in great ratings.

According to TV Series Finale, even though ratings are a bit down for the second season, the series is still pulling in 482,000 viewers per episode on average. It's also Freeform's second most-watched show next to Grown-ish. And critics seem to love it as much as fans, as it has a 94 percent critics' rating on Rotten Tomatoes and a 91 percent audience score.

With that kind of buzz, it makes sense that Freeform was ready to greenlight a third season before the second one had even ended — especially when you factor in Freeform's overall direction. During the Freeform upfronts in May 2019, where Siren's renewal was announced, network president Tom Ascheim said that Freeform "is built on one very powerful belief: that embracing the disruptive voices and diverse identities of our viewers is key to our ongoing success," per Variety. He added, "We are so proud to have the opportunity to grow with our audience and are looking forward to continuing to push the boundaries of convention through our programming — this year and in years to come."

Freeform has certainly embraced diversity and pushed boundaries with Siren, particularly with regard to the polyamorous relationship between lead characters Ryn, Ben, and Maddie. TV Line reported that the show's writers considered that relationship a really important thing to explore in Season 2 (and likely beyond). "We teased it a lot in the first year, and it would be unfair to the audience if we just teased it forever without getting to what we’re trying to land on," said showrunner Emily Whitesell. "We could only dance around that polyamorous relationship for so long, and we really did hold off."

Alex Roe, who plays Ben, told TV Guide that he was happy to able to represent this on screen and open a dialogue. "We're so grateful for any fan reaction at all, it's amazing that it's sparked any conversation. We're grateful, full stop," he said. "Ultimately, their relationship is all about love, you know?"

That dynamic will likely continue to be a guiding force in Season 3. As for other potential plot lines, it really depends on how Season 2 ends. So far it's been all about the drama at the oil rig, so who knows if that will carry into the next season or if a new threat will be unveiled. As for when Season 3 will premiere, it's still unclear. Season 1 debuted in March, while Season 2 began airing in January. If the show sticks with January again, Siren will be back in just a few short months to continue its disruptive storytelling.

More like this
'Elite' Season 6 Is Arriving Sooner Than You Think
By Gretchen Smail and Grace Wehniainen
The ‘You’ Season 4 First Look Shows Joe’s New Identity And Potential Victims
By Bustle Editors
'The White Lotus' Season 2 Trailer Teases Multiple Affairs & Another Dead Body
By Bustle Editors
'Ramy' Will “Probably” End With Season 4, According To Ramy Youssef
By Brad Witter
Get Even More From Bustle — Sign Up For The Newsletter