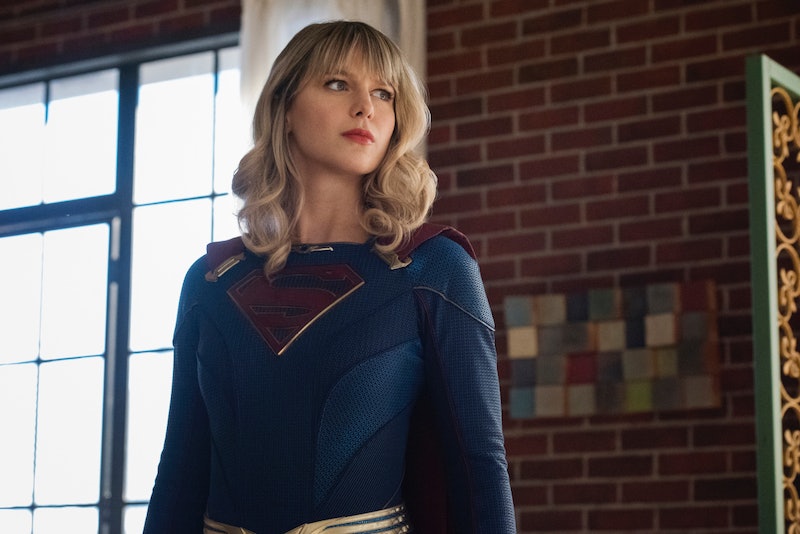 Fans are going to have to wait a long time to see how Kara Zor-El's story continues, because Supergirl Season 6 will premiere much later than usual. Following the pattern of previous years, the series should have returned in October 2020, but due to the ongoing COVID-19 pandemic, it's been pushed to April 2021 or later.

This comes after the news that Season 5 is ending three episodes early. According to TV Line, Episode 19 was reworked to serve as the season finale. The leftover storylines from Episodes 20, 21, and 22 will be worked into the next season, as Supergirl was already renewed in early 2020.

This is true for all of The CW's shows. According to E!, the network has bumped its entire fall 2020 lineup to early 2021 in response to the pandemic. With production unable to pick up in the summer like usual, the network made a preemptive move to schedule returns for shows like Riverdale, Nancy Drew, and The Flash for January 2021. Supergirl is not part of the January schedule, according to CBR, who reported that the series will air between April and June 2021 to accommodate star Melissa Benoist's pregnancy. The delayed premiere will allow for a later production start date so that Benoist can take maternity leave.

Joining Supergirl later on in 2021 are shows like Legends of Tomorrow, Dynasty, and Roswell, New Mexico, according to E!, who also reports that The CW will be turning to things like reality shows and other projects that can be filmed remotely or have already been completed order to fill its fall schedule. The January 2021 lineup is also subject to change if things still aren't able to film in time, which could then further delay midseason shows like Supergirl. But barring any drastic developments, fans should expect to see Kara's story continue in mid-2021.

More like this
The 'Freeridge' Cast Shared Their Hopes For A Potential Season 2
By Grace Wehniainen
'Succession' Season 4 Will Be An "Absolute Banger" According To Cousin Greg
By Bustle Staff
'Ted Lasso' Season 3 Might Be Its Last
By Zosha Millman and Grace Wehniainen
Everything To Know About A Potential 'Lockwood & Co.' Season 2
By Gretchen Smail
Get Even More From Bustle — Sign Up For The Newsletter
From hair trends to relationship advice, our daily newsletter has everything you need to sound like a person who’s on TikTok, even if you aren’t.