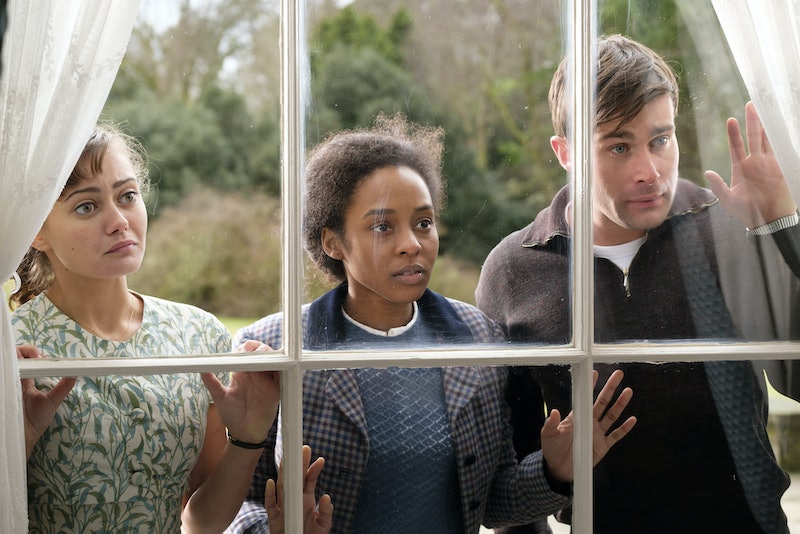 It seems like Ordeal by Innocence only just hit the air and yet, filming on the BBC's next Agatha Christie adaptation has already commenced. The ABC Murders will be the fourth Christie novel worked on by screenwriter Sarah Phelps for the BBC, following the likes of And Then There Were None, Witness for the Prosecution and Ordeal by Innocence. So, when does The ABC Murders air? And what should we expect from the next Christie adaptation?

Filming on The ABC Murders officially began on June 11, as revealed to fans on Sarah Phelps' Twitter account. The series will see John Malkovich don the ubiquitous moustache of Hercule Poirot, while Harry Potter star Rupert Grint plays Inspector Crome. The cast also includes Andrew Buchan (Broadchurch) as Franklin Clarke, Eamon Farren (Twin Peaks) as Cust, Tara Fitzgerald (Game of Thrones) as as Lady Hermione Clarke, Bronwyn James (Harlots) as Megan, and Freya Mavor (The Sense of an Ending) in the role of Thora Grey. But what is The ABC Murders about exactly?

Originally released in 1936, The ABC Murders is the 13th book in Christie's Hercule Poirot series and sees Poirot track a serial killer — known only as A.B.C. — who is working his way through the alphabet according to the towns in which his murders take place. With his only clue being a copy of The ABC Railway Guide left at each crime scene, Poirot will have to use all his wits to outsmart his nemesis and catch the killer.

“Set in the seething, suspicious early 1930s, The ABC Murders is a brutal story of violence and lies, the long shadow of the past and the slaughter to come," Phelps previously told the BBC. "At its centre, one of the most familiar, famous characters in crime fiction. We may all think we know Poirot but do we really know Hercule?”

While Phelps helped write the screenplay for the BBC's first modern Christie adaptation And Then There Were None in 2015, she adapted both Witness for the Prosecution and Ordeal by Innocence herself, going as far as to change the ending of Ordeal by Innocence as it was written by Christie. And, it appears a changing up of The ABC Murders isn't off the table for Phelps either, having gained the trust of the famous novelist's estate.

"The [Agatha Christie] estate have to OK it obviously, because they are guardians of the huge wealth of work," she told Digital Spy previously. "They trust me now and they know I'm not here to mess about with stories unless there's good reason."

The ABC Murders will air as a three-part miniseries and if it follows previous form, it is expected to hit screens in this December, despite the late release of Ordeal by Innocence. That adaptation was supposed to air in December 2017, but was pushed to a April 2018 release date to allow for reshoots, after Christian Cooke replaced Ed Westwick as Mickey Argyll. Nonetheless, if you are still concerned that the Ordeal by Innocence delay could have a ripple effect on the release of The ABC Murders, it should make you feel better to know that the BBC's Agatha Christie adaptations are actually working to a rather tight schedule.

Just like its predecessor, The ABC Murders comes as part of a 2016 production deal between BBC One and Agatha Christie Productions Ltd that states seven more Christie adaptations — including Ordeal by Innocence and The ABC Murders — must be delivered over the next four years. Thus, with more titles expected to be delivered before the end of 2020, I'd say the beeb want The ABC Murders delivered as soon as possible. Woohoo!

Other titles still to come as part of the deal include Death Comes As The End, a murder mystery that takes place in Ancient Egypt. So, it looks like our obsession with Agatha Christie isn't done quite yet, folks.

The ABC Murders will air on BBC One

More like this
Stephen Graham’s Wife Plays A Vital Role In His Career
By Emma Madden and Sophie McEvoy
The Sean Bean Intimacy Coordinator Controversy, Explained
By Sam Ramsden
At 28, Lesley Manville Was Acting, Picketing, & Singing Kate Bush Songs
By Olivia-Anne Cleary
Nicola Walker Is Confident About Emma & Ian’s Future
By Frances Stewart
Get The Very Best Of Bustle/UK